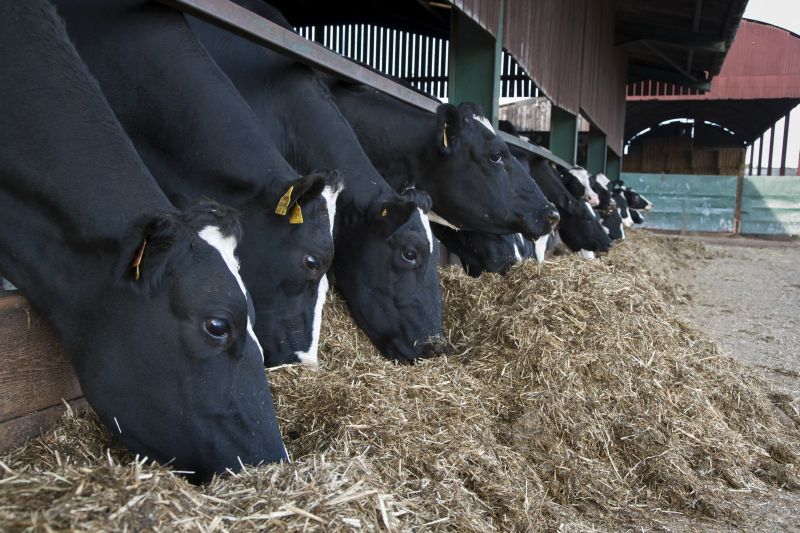 UK dairy farms have a feed waste value of almost £1 for every £3 spent, research shows

Research has highlighted the scale of feed waste in the dairy industry, showing that 45 percent of its potential is lost from field to cow.

Although feed is the single biggest cost for UK dairy businesses, accounting for 60 percent of variable costs, new research suggests it is one of the most under-utilised inputs, with as much as 45 percent of its potential lost from field to cow.

This equates to a feed waste value of almost £1 for every £3 spent.

The preliminary results from a pilot study carried out by animal feed company Alltech, in conjunction with leading industry experts, reinforces the scale of the issue.

The study assesses a variety of different critical control points where feed wastage occurs, including in the field, during storage, at feeding out and inside the cow.

Explaining the preliminary results, taken from 34 farms, Ian Leach, Alltech retail programmes manager, says the study has confirmed that it is likely there is scope for huge improvement across the spectrum of UK dairy farms.

“Results show that the average loss of dry matter (DM) in silage clamps is in the region of 25 percent,” says Mr Leach.

“On most farms, it was identified that the greatest losses were in the most nutritive part of the silage resulting in the undigestible proportion increasing.

“Not only does this cause a reduction in dry matter intake (DMI), it has potential to lead to health issues, such as SARA, as the balance of the ration can be disrupted.”

Mr Leach goes on to explain that at feeding out, physical ration presentation and feed barrier space was an issue.

“There was evidence of sorting and ‘balled’ silage on 19 of the 34 test farms, in addition 23 of the 34 farms failed to meet the target feed barrier space of 65cm per cow, all of which can impact on feed conversion efficiency (FCE),” he explains.

“FCE across the pilot study farms averaged 1.2 and we know incremental improvements in this key parameter can significantly reduce feed wastage.”

Cow health is a key area where efficiencies can have a big impact on feed wastage and the bottom line.

“For example, for a unit with average incidence rates of mastitis, lameness, metritis and milk fever, the total financial impact of losses equates to around £39,995 (3ppl),” says Mr Leach.

In addition to health and fertility issues, drops in rumen efficiency can also add up. “For example, during the study we’ve seen a consistent presence of fibre in the dung and some grains demonstrating inefficient rumen function.

“Research shows that a feed conversion efficiency (FCE) of 1.2 could comfortably move to 1.3 with specific nutritional strategies which could have a minimum impact value of 1.4ppl2,” he explains.