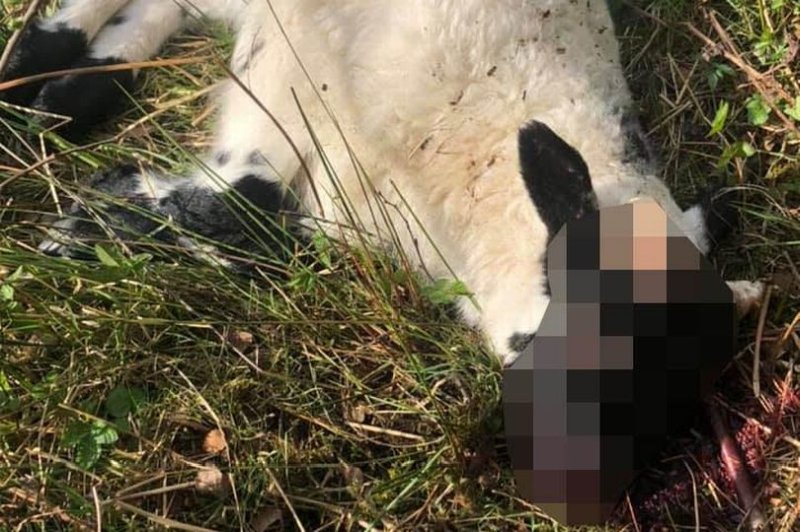 A group of men shot and killed a lamb with an air rifle (Photo: Facebook/Jock Welsh)

A farmer has made an urgent appeal to the public after a lamb was shot and killed by a group of men with an air rifle.

One lamb was killed and an ewe seriously injured after 'three or four men' shot the animals with an 'air rifle', it has been reported.

The horrific incident happened at Beoch Farm, Dalmellington in Ayrshire on Sunday 3 May.

Farmer Jock Welsh has now made an emotional appeal on Facebook for more information from the public.

"Today we had different problems to what you would normally get at lambing time," he said.

"The red van with 3 or 4 men were out and about with an air rifle and managed to kill the lamb after about 7 or 8 pellets into it.

"The ewe [was] badly injured with again a lot of pellets into it.

"Anyone that has seen this van going about please try and get a registration and get in touch with either me or the police."

He included several distressing photos of the injuries caused by the pellets.

A Police Scotland spokesman confirmed the incident, saying: "Officers in Ayrshire are investigating the shooting of sheep in the Dalmellington area.

"The incident, in which a lamb was shot dead and a ewe sustained serious injuries having been shot, happened around 4.20pm on Sunday, 3 May, at Beoch Farm, Loch Doon, Dalmellington."