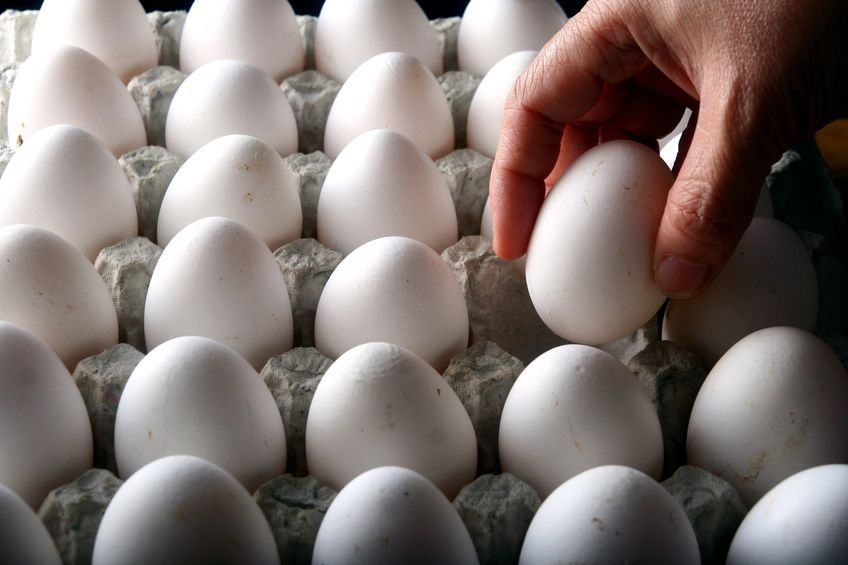 Hard boiled eggs produced by Almark Foods at Gainesville, Georgia were the likely source of the outbreak, food regulators say

A multi-state listeria outbreak in the US linked to hard boiled eggs has led to a nationwide recall and an investigation by health authorities.

One person has died and seven others were taken ill as a result of the infection, which the US Food and Drug Administration (FDA) says has been traced to a factory in Gainesville, Georgia run by Almark Foods.

The country's Centre for Disease Control and Prevention (CDC) said that it was, together with the FDA, investigating a multi-state outbreak of listeria monocytogenes infections linked to hard boiled eggs.

Almark has recalled all hard boiled eggs produced at the Gainesville factory.

The CDC said that people had been taken ill with the infection in Florida, Maine, Pennsylvania, South Carolina and Texas.

Four people had been hospitalised and one person had died in Texas, it said.

One of those affected was a newborn baby, who was infected while the mother was pregnant. The CDC says the baby survived the infection.

Those investigating the outbreak conducted interviews with people who were taken ill.

Those interviews, together with the results of laboratory tests, indicated that hard boiled eggs produced by Almark Foods at Gainesville were the likely source of the outbreak, said the CDC.

The eggs were packaged in plastic pails and sold under various brand names nationwide to food service operators, including grocery stores and restaurants.

The FDA said that of the five people for who information was available, four reported eating products containing eggs.

Three of them said they eaten hard boiled eggs in deli salads bought in grocery stores or had eaten them at restaurants.

“Additionally, based on whole genome sequencing, the listeria monocytogenes found in environmental samples collected at the firm's processing facility during FDA inspections are a genetic match to the outbreak strain,” said the FDA in a statement about the outbreak.

“Almark Foods has been co-operating with the ongoing investigation and announced an initial voluntary recall of hard boiled and peeled eggs in pails,” it said.

The initial recall was announced by Almark in December. The statement read: “On December 18, 2019 the firm was notified by FDA that Almark Foods’ hard boiled and peeled eggs in pails produced at its Gainesville, Georgia facility may be associated with a listeria monocytogenes foodborne illness investigation, which remains ongoing.

“Out of an abundance of caution, Almark Foods is voluntarily recalling all hard cooked and peeled eggs in pails produced at its Gainesville, Georgia facility that remain within expiry.

“The company has suspended production of the recalled egg products in pails at its Gainesville facility to further investigate the issue.”

The company subsequently extended the recall to all hard boiled eggs manufactured at the firm’s Gainesville factory.

It said in a statement: “On December 18, 2019 the US Food and Drug Administration notified Almark Foods that the company’s hard boiled and peeled eggs in pails manufactured at the Gainesville facility may be associated with a listeria monocytogenes outbreak that has been linked to several reported illnesses and one reported death.

“A more recent FDA sample from the facility also matched the outbreak strain, suggesting the possibility that the strain may have remained present in the facility.

“Out of an abundance of caution, Almark is voluntarily expanding its recall to include all product packaged for the retail market manufactured at its Gainesville plant that remains within shelf life.

“This includes product with Best If Used By dates up through March 2, 2020. Almark has also temporarily suspended all production at its Gainesville plant.”

Almark's president, Don Stoner, told CNN: “We are working diligently in co-operation with the FDA to restore operations at our Gainesville plant so that we can continue providing safe, healthy, and affordable eggs to the market from that facility.”

He said: “We apologise for this extremely rare safety lapse and we're making every effort to ensure that nothing like this ever happens again.”

The recalled eggs were sold at supermarket giant Walmart, the grocery chain Trader Joe's, as well as Costco and Kroger.

The CDC has issued a series of warnings to consumers. It said people should not eat any recalled hard boiled egg products.

“If you have these products at home, don’t eat them,” it said in a statement. “Throw them away or return them to the store, regardless of where you bought them.

“Wash and sanitise drawers or shelves in refrigerators and freezers where the products were stored.”

The CDC says that the investigation is ongoing.