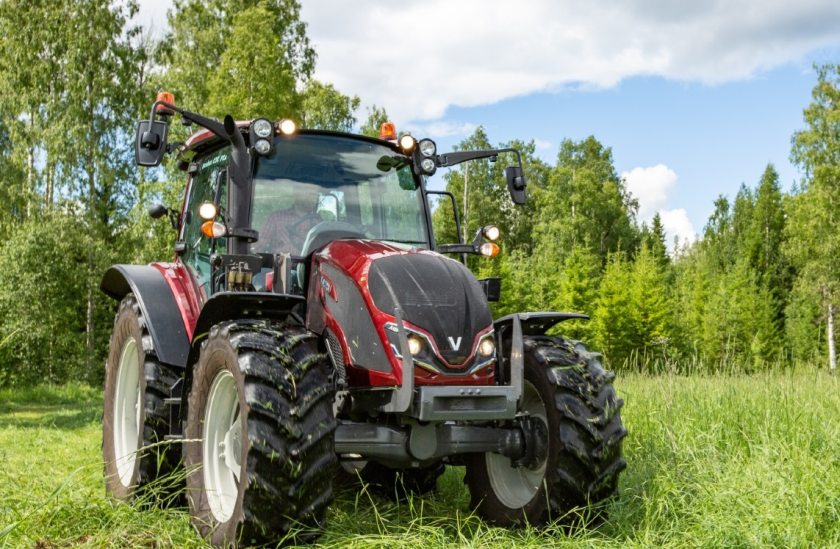 Valtra's A-series tractors has gone into its 5th generation, making available a host of new features that have been requested by customers.

The series continues to comprise seven models to choose from, all of them available as GL-models, which feature mechanical transmission.

The 105 and 115 horsepower model are also available with a four-step powershift transmission, controlled electronically.

Marko Ojalehto, product marketing specialist in charge of the new A-series, said operating them had been made 'even more efficient and comfortable'.

"Powershift gears are available on several models, the front loader armrest has also been upgraded on GL models," he said.

"The four-cylinder models has five more horsepower than before and the service interval has increased to 600 hours."

Many of the upgrades have been designed to make the front loader work easier, such as the Powershift gears and updated control armrest familiar from HT4 models.

From now on, the three-cylinder models A75–A95 will be available with the HiTech 2 transmission featuring powershift, resulting in more efficient field work.

In addition, all A-series models can be equipped with Creeper, which reduces the lowest speed to approximately 100 metres an hour.

Engine power has been increased by five horsepower on four-cylinder models and now corresponds to the model designation.

Engine speed and power can now be controlled even more precisely thanks to a new accelerator pedal.

The series is also available with compressed air brakes or a hydraulic trailer brake system, and customers can chose their preferred option.

• AutoTraction, which can be switched on/off