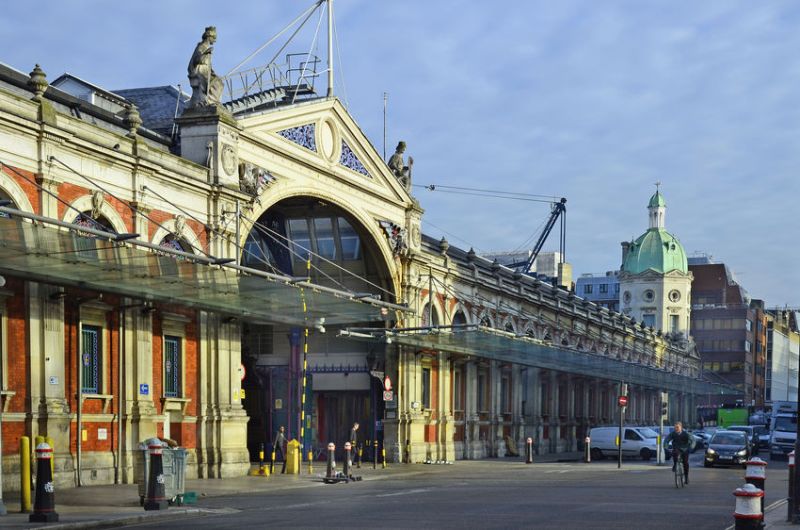 Activists are planning to disrupt trade at the Smithfield Market, which has been trading meat for more than 800 years

Thousands of animal rights and vegan campaigners are planning to blockade Smithfield Market, the largest wholesale meat market in the country.

The two-week long protest will start on October 7 by vegan activist groups Surge and Animal Rebellion.

Both groups anticipate around 10,000 activists to gather in an attempt to blockade trade at the central London market.

It is part of efforts to 'urgently end the industries of animal farming and fishing'.

Activists want to see a 'transition to a plant-based food system in order to avert climate breakdown, mass extinction and ensure justice for farmed animals'.

Speaking to LBC, Alex Lockwood, a representative of Animal Rebellion, told presenter Nick Ferrari that the UK needs to 'shift more to a plant-based food system'.

“We're asking for the same thing that the United Nations are asking for. They said we need to drastically change how we use land on the planet and if we don't, then we can't stop climate change.”

But Mr Ferrari replied: “Presumably there is a risk that some farmers, some butchers, some livestock retailers, they'll go bust.

“Aren't you putting people's livelihoods at risk if you close the market for two weeks? I would imagine not everyone would survive.

“You and your colleagues could put people out of work.”

Meat has been traded at Smithfield Market for more than 800 years, making it one of the oldest markets in London.

A livestock market occupied the site as early as the 10th century.