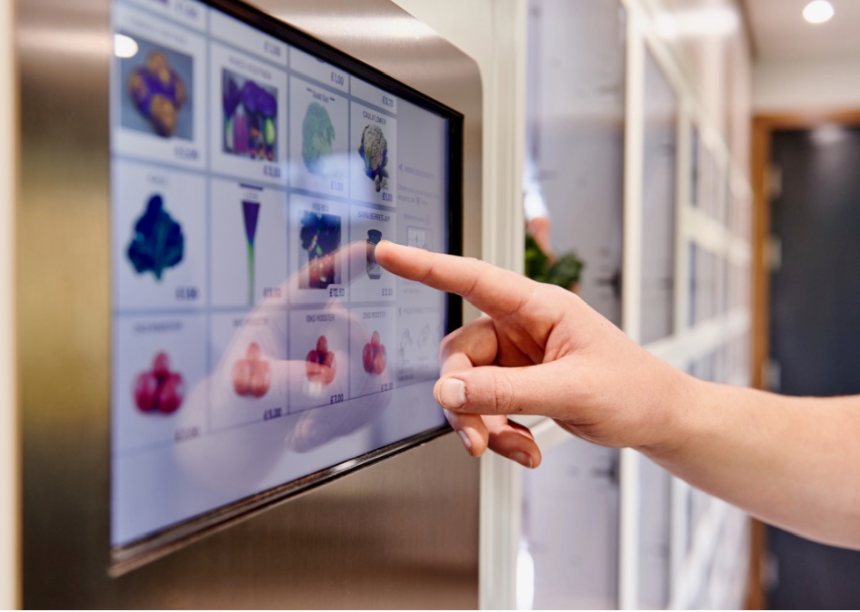 Egg vending machines were first used by UK producers back in 2015 as a secure alternative to honesty boxes.

But they have come a long way since then and the latest machines are both automated and software based.

The popularity of the machines has surged over the last five years, with many now using them as self-service farm shops where they a wide variety of local produce.

Free range producer Stuart Retson was the first person to bring locker vending machines to the UK, kickstarting the concept with his business Vending by JSR.

"The first machine we got was a stainless steel German Roesler machine where the customer would enter which locker they wanted to open using a manual keypad.

"They would put the cash in, and the locker door would open for them to collect their eggs.

"The customer would need to repeat this process multiple times if they wanted to buy more than one product,” he said.

Following success selling this basic version locker vending machine in Scotland, he created a new website in an attempt to expand his market further south.

He added: “We did quite well in England and a lot of people started asking for options such as remote monitoring, refrigeration, and contactless payment.

"I spoke to the manufacturers in Germany, and they told me that these options could be possible but that a software system would need to be developed for it.”

He came across a Dutch firm called Innovend who had already created a web based platform for more traditional vending machines that had the potential to be used on the locker machines.

Between them, Stuart and Innovend found a suitable manufacturer in Italy, and JSR began selling the new machines in the UK with the Dutch software system. 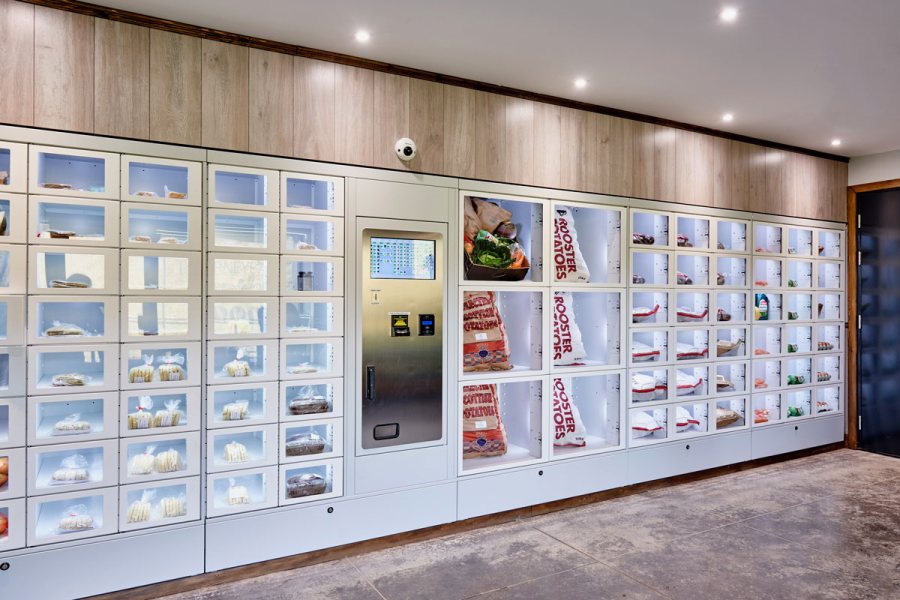 The machines are essentially operating as farm shops

“Everything now synchronises with the machine, before customers were choosing individual lockers from the keypad, but now everything is done using a touchscreen.

"The customer does all of their shopping on the touchscreen, and then the machine knows which lockers need to be opened,” he explained.

“A machine can be run off of just one plug socket and a wireless router can be used for an internet connection.”

The machines are now modulated so that producers can start with a small setup but can expand as they gauge demand.

“You can mix and match lots of different sizes and types of lockers, such as frozen and refrigerated ones, all running off of the same payment terminal,” he said.

“This has enabled some of our customers to grow quite significantly. The machines have gone from being glorified honesty boxes for people wanting to sell a few eggs, to established farm shops wanting a full retail facility.”

The cost of the machines naturally varies as they are built bespoke for each customer, but Stuart said that the average payback time is 14 months.

“By using these machines free range producers can maximise their profit," he explained.

"Selling direct to the public opens a channel for the smaller and imperfect eggs that have been produced and allows producers to triple the price they are getting for these eggs.”

The pandemic has accelerated the growth in popularity of egg vending machines, Stuart added.

“People have avoided contact with others, but also setups which are off the beaten track have provided people who have been stuck at home with somewhere different to go.”

On top of that, online has seen rapid growth, with the biggest area of supermarket growth having been in ‘click and collect’, a feature that is available on the latest locker vending machines.

Customers can look on an app or website to see exactly what is available in the machine and then pay and reserve it all from home.

When they go to pick up their purchases they simply have to scan a QR code, and the locker door will open. 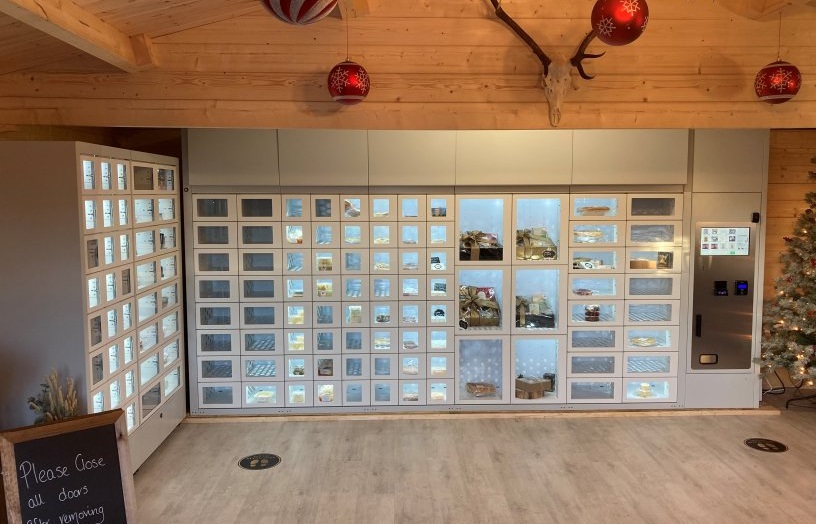 Stuart said there is capacity for the technology to develop further: “What we have on the way in the next 12 months is a fully automated shopping setup.

"Lockers will have weighted shelves meaning people will be able to pick stuff up and put it down again, and at the end of the shop the customer will only be charged for what is in their basket."

Gordon Whiteford farms in Northern Scotland where he manages a free range flock as well as sheep and a dairy herd.

Back in 2015 he invested in one of the first machines that JSR sold in the country.

“We basically had it in a garden shed and only used it to sell eggs. We did not push it, but it was popular with those who knew it was there,” Gordon said.

However, in June last year he set up a micro-dairy which led him to install a new vending machine at the end of his farm road.

“The milk vending pulled in more customers and the egg sales have rocketed, almost trebling,” he explained.

“We have now extended it, adding a new refrigerated section and we put cheeses and black puddings in it.”

He has been taken aback by how far the technology has developed. “The software platform is fantastic," he added.

"Now we can just look at our phones to see what is going on at the machine, without that it would almost be a full-time job manning the machine.

"The original machine was great for selling a few eggs, but it would have been a lot of hassle to use for selling multiple products.”

“We are now fitting a coffee machine in with it too and the setup has grown rapidly to fill the market we are serving.

"We are trying to provide customers with good quality, local, Scottish produce, and we are finding that it is in more demand than ever at the moment.”