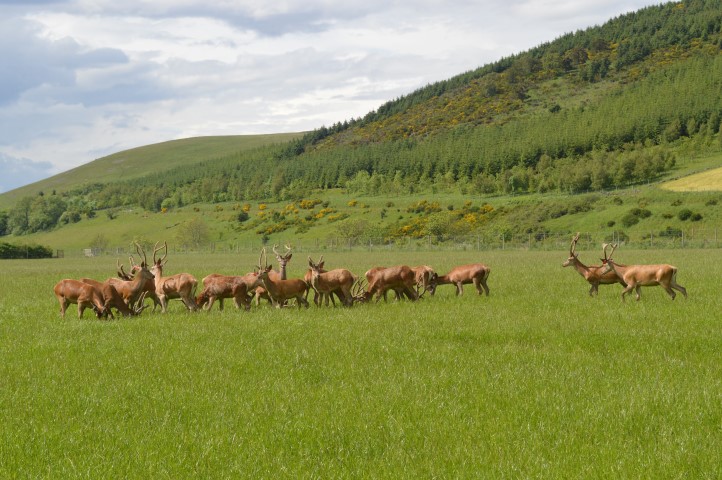 If market trends continue the UK will be importing more than double the amount of venison it does now in 5 years time, according to the Scottish Venison Partnership (SVP).

SVP estimates that the total annual UK venison outturn is now around 3800 tonnes, around 70 per cent of this coming from Scotland’s wild red deer cull, with other species, Scottish farmed and wild and farmed from the rest of the UK making up the difference.

However, imports from New Zealand stood at around 17,000 carcase equivalents or c 900 tonnes in 2015 with additional product coming into the UK from Poland, Ireland, Spain and other European countries.

Bill Bewsher, Chairman of the Scottish Venison Partnership, says the UK continues to import around one third of the venison that it consumes, and exports to Europe about one third of what it produces – mostly venison from roe deer and late season red from stags.

"We import farmed venison because as yet the UK cannot produce enough volume from farmed stock which gives consistency in terms of age, colour, eatability and conformation of the meat," Mr Bewsher said.

The number of deer farms is increasing in the UK, with Scottish deer farmers now eligible for the Basic Payment, having been excluded until two years ago.

The Scottish Government has been supporting initiatives such as the Deer Farm and Park Demonstration Day Programme.

Whilst there have been various claims about UK market growth, SVP estimates around a 10 per cent increase year on year, and on this basis UK consumption of venison will rise from 3800 to more than 6000 tonnes by 2021.

However if domestic production only increases by 5 per cent per annum, imports will be double what they are now by 2020 to meet UK market demand and account for almost 50 per cent of UK venison consumption by 2021.

Bill Bewsher says: "Our latest estimates are that the UK production capacity, wild and farmed, will total some 4800 tonnes by 2021 of which up to one third may be exported.

"To fulfill UK market demand this would mean importing almost 3000 tonnes, which is clearly good news for New Zealand’s deer industry and for venison producers in Europe."

Those who produce, stock, sell or serve Scottish venison are encouraged to raise the profile of the product.

A number of the bigger Scottish deer forests are likely also to find themselves in the firing line to pay business rates from which they had previously been exempt since 1995, but that exemption has now been removed under the Land Reform (Scotland) Act 2016.

Bill Bewsher says: "Deer management covers many facets, not least deer welfare and maintaining a deer herd in good health, ensuring that deer numbers are sustainable in terms of the environment and other land uses, providing employment and, not least, ensuring supply of a healthy food.

"A study undertaken by PACEC consultants in 2014 found that deer management in Scotland overall contributes an estimated £140 million each year to the Scottish economy and supports 2,500 full-time jobs."