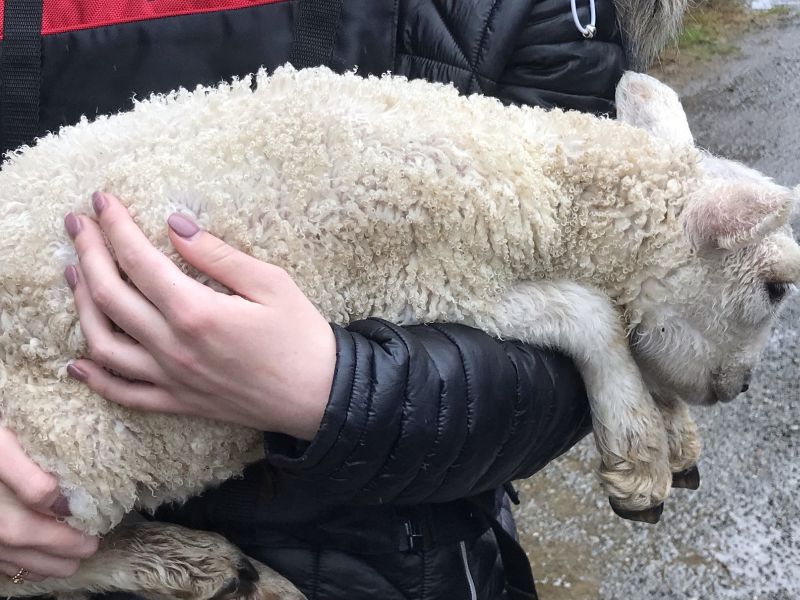 Farmers are encouraged to sign up for flood alerts after rescuers retrieved 12 stranded sheep from a river in what has been described as a 'challenging incident'.

Sheep were spotted in a meadow, with water current either side of the animals on the River Clwyd, Wales.

Video footage captured on June 13 shows the precarious situation which the sheep found themselves in.

A successful rescue was completed by RSPCA inspectors Phil Lewis, Mike Pugh and Mark Roberts, and animal collection officer Will Galvin on 13 June.

All sheep were safely collected or guided to safe, grazing land. Some were carried through the water, while others swam while being directed.

Support also came from a member of the public, who runs a water sports company in Bala, and attempted to transport some of the smaller lambs in a raft.

RSPCA Cymru and Natural Resources Wales have now joined forces to urge livestock owners in flood-risk areas to sign up for flood alerts.

The charity said the incident is “another reminder” to sign up to services available through Floodline via phone, email or text message.

RSPCA inspector Phil Lewis said the 'challenging incident' took two and a half hours to complete.

“The very fast current created a dangerous situation for the sheep, who had become totally stranded in a meadow adjacent to the flood waters and were in a very precarious situation.

“Unsurprisingly, the poor sheep were exhausted but thankfully all fine after a pretty difficult ordeal. We do love a happy ending like this one,” he said.

Eirian Gilford, Warning and Informing Team Leader from NRW, said: “Flooding can have a serious impact on agricultural businesses, leading to financial loss and loss of livestock.

“We cannot always prevent flooding, but you can be prepared and plan ahead.

“Our flood warning system is an invaluable tool we would urge everyone who is at risk of flooding to check to see if flood warnings are available in their area.”