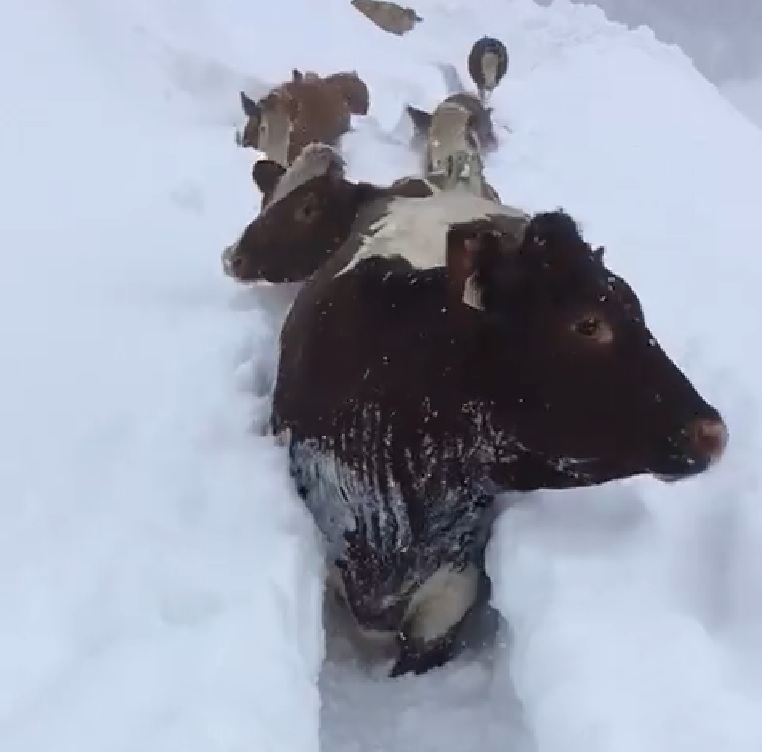 Cows had to do a trek 'more arduous than usual' (Photo: Bio aus dem Tal/Facebook)

The second week of January has brought heavy snow to much of continental Europe whilst the UK remains relatively mild for the time of year.

In Germany and Austria, it is reported that seven people have died as a result of the extreme conditions, and at least 14 weather-related deaths have been reported across Europe over the last week.

But for farmers in the region, work must continue. One organic dairy farm, Bio aus dem Tal, located in Kleinarl, situated 1200m above sea level north of Salzburg, has posted a viral video showing the conditions of its 'employees'.

The clip, which has gathered 270,000 views, shows cows having to do a trek 'more arduous than usual'.