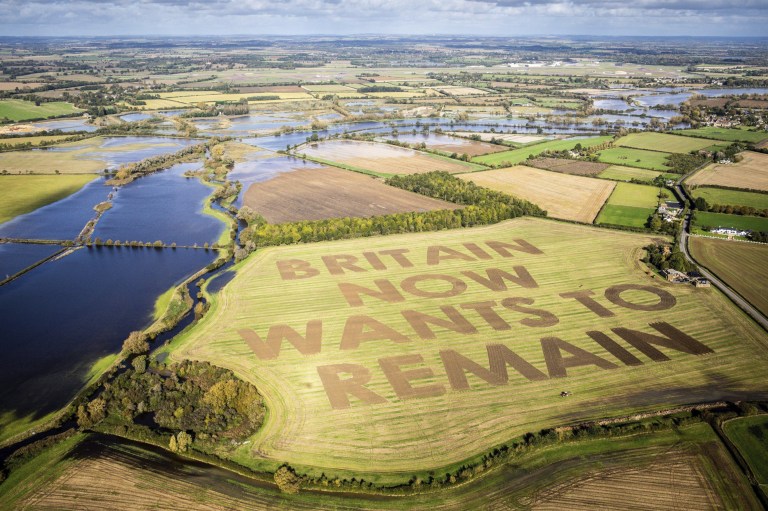 A pro-EU campaign group has ploughed 'Britain now wants to remain' in Wiltshire farmland as political uncertainty continues to rock the country.

'Led by Donkeys' created the message in 40-metre high letters in Water Eaton, near Swindon so passing aircraft can see it.

The remainer campaign group released a video of the message on social media on Saturday 19 October.

See you on the streets. Time to make all our voices heard
(Manor Farm, Wiltshire - sound on)
pic.twitter.com/dfPFcjgZel

The farmer who ploughed the message for the group, David Lewis, said leaving the EU has been 'awful' for farming.

"So many farmers voted Leave but have since realised they were had. It gives me real pride to see this huge message ploughed out in our field.

"I hope the people in London get to see it. This country has changed its mind," he told The Metro.

The stunt follows a failed attempt to pass a meaningful yes/no vote on the Prime Minister's Brexit deal on Saturday.

Instead, parliament passed the Letwin Amendment, which withholds support until full legislation on the withdrawal agreement has been scrutinised by MPs.

Boris Johnson will try again this week to secure support for his Brexit deal.