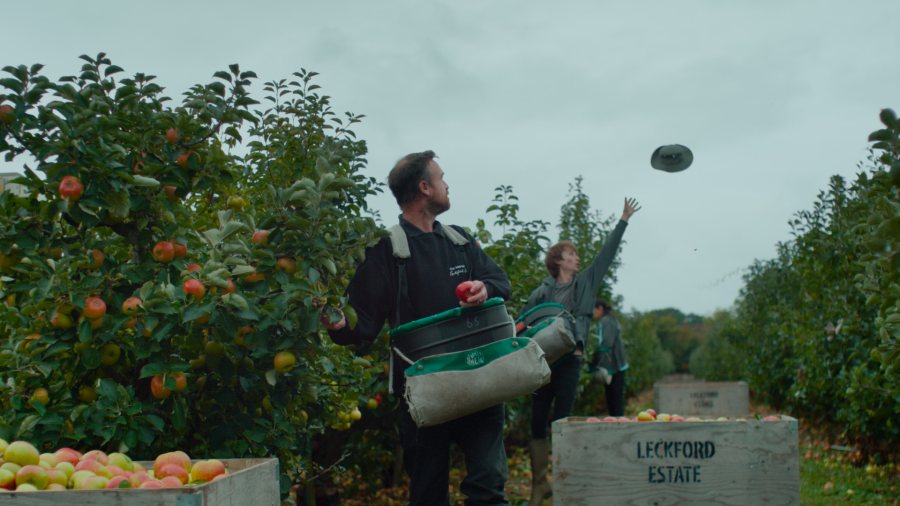 This year's Christmas campaign is the first time Waitrose has predominantly featured its farmer suppliers (Photo: Waitrose)
Sign in to add your own press release SIGN IN Register

Waitrose has launched its Christmas advertisement campaign which puts a spotlight on its farmer suppliers following 'a year of unprecedented challenges'.

It is the first time a Waitrose advert features predominantly its own farmers as well as the retailer's working farm, the Leckford Estate in Hampshire.

Each scene depicts the various challenges farmers face, including one of a pig producer smashing through an iced-over drinking trough so her pigs can drink from it.

And another scene shows a blistered farmer's hands mending fences in stormy weather, as well as farmers working through the summer months to get crops ready to sow.

“It’s been a year of unprecedented challenges for British farmers with the summer droughts and rising input costs to name just two," he said.

"We are hugely grateful to them for all of the care and effort they put in 24/7 to produce delicious food while giving animals a better life and looking after the planet.

"I want to personally thank them for their enormous contribution to making sure everyone has a special Christmas and for being the stars of our advert.”

The ad builds on the support the retailer has provided to farmers this year, including a £16m support package for pig producers.