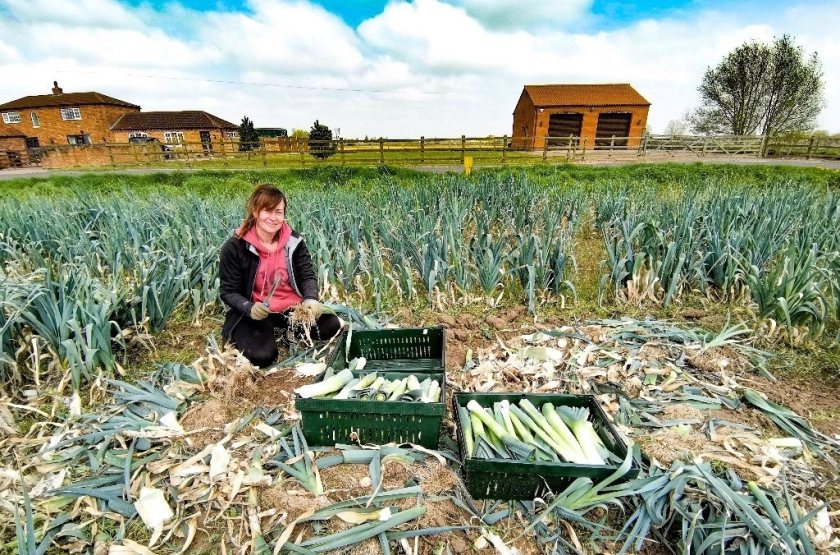 Dozens of volunteers have hand-pulled, topped and tailed around 3,000kg of surplus leeks at a Lincolnshire farm – helping to reduce waste and support the agricultural sector.

After being picked in Coningsby, the leeks were placed in crates and distributed to frontline charities and local groups via FareShare’s regional centres.

Since then, more than 38 tonnes of food from eight counties – including Lincolnshire, Nottinghamshire and Leicestershire – have been rescued.

He said: “Last year, we were inundated with pumpkins as they are getting more popular and we had opportunities with around a dozen farms.

"While we managed to help most of them, the waste was still staggering. All those who volunteer for us have been shocked by the quality and quantity of food available on the farms we have managed to engage with and the variety of reasons for this surplus."

He said that while food bank, community fridges and soup kitchens were well-supported, awareness of food waste generally was still not widely appreciated.

Lions Club International is hoping to develop more opportunities with farms across the UK, as well as encourage more volunteers to get involved.

"Another area we are keen to develop is around education of growing, preparing and cooking food as there is an over-reliance on takeaways and pre-prepared food," Dr Hibbert said.

“It is important for people to realise that the food we are picking is fresh, nutritious and delicious.

"It isn’t waste – it is surplus and our aim is to stop it from becoming waste.”