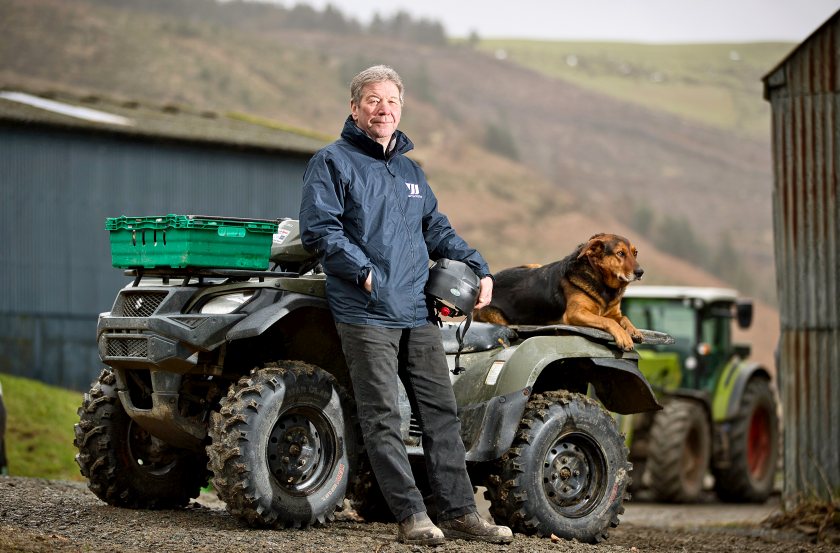 A well-known farm safety expert has been awarded one of Welsh farming's most prestigious awards, the Lantra Wales Lifetime Achievement Award.

Brian Rees has spent more than 35 years raising awareness of what is widely acknowledged as a poor safety record within the UK agriculture industry.

He was born into a farming family, leaving school in his teens to work alongside his parents and older brother who reared beef, sheep and pigs at Penbryncenau.

By the age of 17 he was a keen member of Rhayader YFC and Radnorshire county branch, which won a major national farm safety competition three times in the 70s.

Brian took on the role of team foreman and then team trainer which he credits with triggering his lifelong passion for health and safety.

He has been described as a true ambassador for farm safety by Peter Rees, chair of Lantra Wales, who chaired this year’s judging panel.

“Brian has devoted most of his professional life to this hugely important campaign, over the years providing farm safety training to thousands of farmers throughout the UK," he said.

“He has also provided leadership within the industry in his role as a past chair of the Wales Farm Safety Partnership, a collaboration between all the leading rural stakeholders in Wales."

Brian is now past retirement age, but he said he was reluctant to slow down: "This will undoubtedly help me raise the profile of the need for everyone working in the industry to make sure they identify risks and take steps to reduce them.

“Even the most cautious and sensible farmers tend to rush tasks and take short cuts when they’re under pressure or time constraints," he said.

“Although I've no intention of retiring anytime soon, while farmers and training providers still seek my guidance or mentoring, there is an important job to be done."