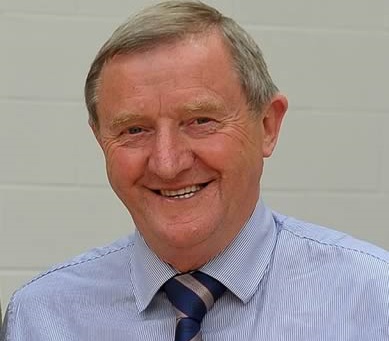 A well-known farmer who was known for his 'outstanding dedication' to livestock auctioneering and the cattle industry has died after a tragic accident on his farm.

David Thomlinson died on Saturday 8th June 2019. He was known as one of the best-known auctioneers of his generation.

He was born and brought up in Cumbria and after leaving Carlisle Grammar School in 1962, he began working for livestock auctioneers Harrison & Hetherington (H&H) as an office boy based in Botchergate, Carlisle.

During his early career he took and passed his Royal Institute of Chartered Surveyor exams, then moved across into auctioneering and rose through the ranks to Managing Director.

David’s career with Harrison & Hetherington spanned over 57 years, during which time he made a huge contribution to the auctioneer's success.

Although David could have retired, he still maintained a key role within the company through his love of the livestock rings as an auctioneer, mentor and assisting the land agency with property sales.

Although many successes and highlights during his work as an auctioneer, one of his first proud moments was the sale of a Texel Shearling Ram, Loosebeare Imp, in 2003 which sold for 120,000gns.

Another was the sale of the prize winning Limousin bull, Haltcliffe Vermont, who sold for a then world Limousin record price of 100,000gns in 2006.

David started the bidding for this exceptional animal at 10,000gns before seeing the price rise to make this highest priced breed bull ever sold at that time.

Throughout his career David maintained his passion for farming, livestock, and rural issues.

Along with his wife Sheila, he farmed their 200 acre farm, Park View at Scaleby, Carlisle from where they started their pedigree herd of Limousin cattle in 1978.

The farm produces quality bulls and females for sale both in the ring and privately. The Beeches herd has enjoyed success in the show ring with Beeches French and Beeches Georgette – two of his favourites.

David had been a former Chairman of the North West Limousin Cattle Breeders Association and had made a hugely important contribution to the British Limousin Cattle Society, serving as a Council Member for a number of years, concluding with a two year Presidency in September 2018.

He was instrumental in the creation of Borderway being recognised as the National Limousin Centre.

Outside of work and commitments to his farm and livestock, David has been Chairman of the Cumberland Show, President of Cumbria Young Farmers Federation and held numerous other roles within the main Cumbrian show societies.

For a six year period, which included the outbreak of BSE, David was also Chairman of the Livestock Auctioneers Association.

In 2011, he was presented with the Blamire Award for services in promoting the Cumberland farming industry.

Having served for six years as Chairman of the Pedigree Breeders Committee, David was appointed Chairman of the National Beef Association in 2013 and currently holds the position of President.

In 2017, David was awarded the prestigious Lifetime Auctioneer Achievement Award in recognition for the vital role he has played in the market system and in recognition as an inspirational model.

David was praised as a deserving winner who has influenced the lives of others, supported communities, pushed for change and contributed to the positive promotion of the agricultural industry as a whole.

There are two things which David said he would pass onto the next generation - 'to always be honest and to always remember the little man'.