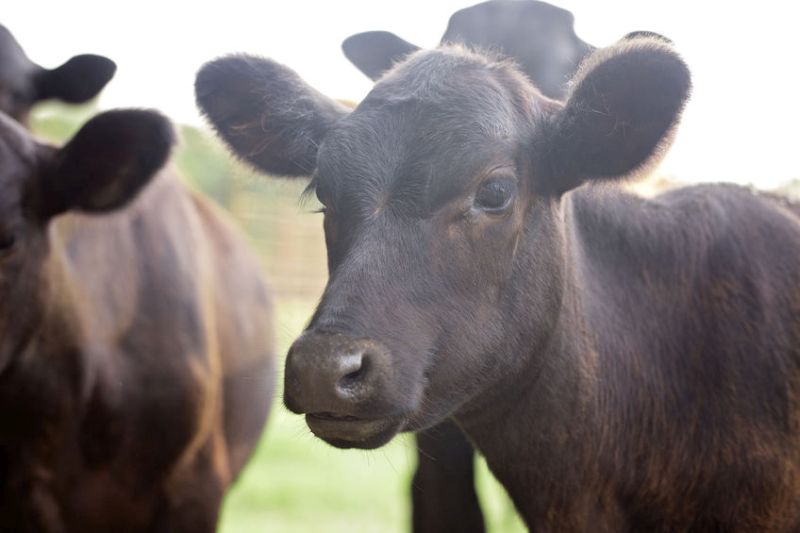 The figures may show a positive sign for the future of the beef industry in Wales, according to analysis

The number of beef calves registered in Britain has increased, figures show, with Wales in particular recording a healthy boost - the highest for five years.

Across GB there has been an overall rise of 1.2% in calves – both dairy and beef – registered between January and May 2020, compared to the same period last year.

In Wales the figure is higher, with an increase of 3.1 percent, figures by the British Cattle Movement Service (BCMS) show.

The statistics reflect a range of factors, including a trend of producing more cross-bred calves from the dairy herd, according to Hybu Cig Cymru – Meat Promotion Wales (HCC).

Some of the beef breeds and cross breeds showing the biggest increases in terms of calf registrations in Wales include the Aberdeen Angus (up 11.7%) and Hereford (up 4.8%).

Both Charolais and British Blue registrations are up just over 4 percent, figures show.

The 2020 figures are a contrast to the last five years, where BCMS calf registration data has indicated a flat picture in the Welsh beef registrations.

HCC market analyst, Glesni Phillips said the figures may show a positive sign for the future of the beef industry in Wales, and reflect broader trends in both the beef and dairy sectors.

“This comes despite the beef sector being hit by uncertainty in recent times," she said, adding that a combination of market conditions led to low farm-gate prices last year.

"Demand fluctuated widely in the early stages of the coronavirus lockdown as pubs and restaurants closed their doors.

“However, we’ve seen encouraging consumption figures throughout Britain in the second half of the spring, with great support from consumers for home-produced beef."

One high-profile new entrant into the beef sector is international rugby referee Nigel Owens MBE, who has recently started his own ‘Mairwen’ herd of Hereford cattle in Carmarthenshire.

“Having worked at Wern Farm Drefach when I was younger it had always been a dream of mine to keep my own herd,” said Mr Owens, who has built up to around 30 cattle so far on a 116-acre holding.

"If anything the lockdown has given the chance to get things up and running more quickly, as we’ve been able to get on with fencing, hedge-laying and developing our soil and pasture.”