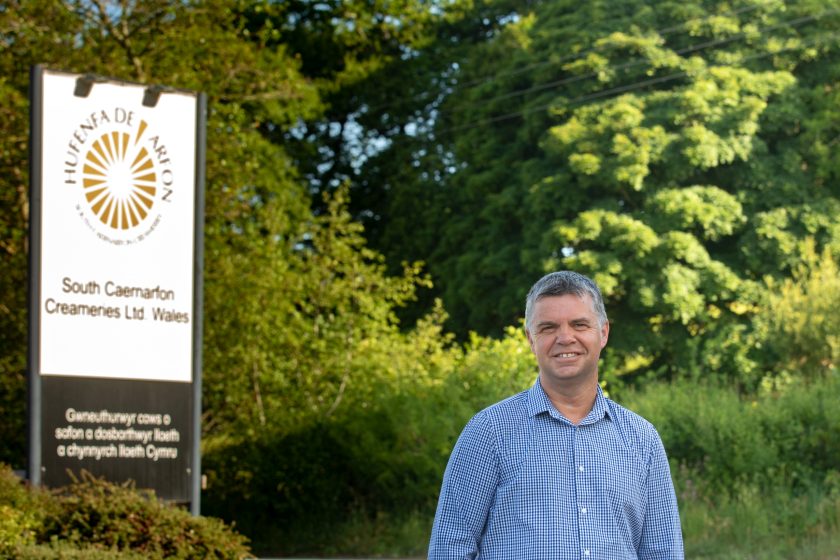 The £14.4m project will include new facilities for milk reception and additional cheese production

A Welsh farmer-owned creamery has announced a three-year £14.4m expansion to increase cheese production by 50 percent and create 30 new jobs by 2024.

The investment by South Caernarfon Creameries (SCC) is being backed by the Welsh government with a £5m grant from their Food Business Investment Scheme.

The dairy co-op plans to increase production from its current level of 15,000 tons of cheese a year to 23,000 tons with an increase in staff from 130 to 160 over the next three years.

Managing Director Alan Wyn-Jones said: “We’re pleased to announce the next phase of our business growth strategy which will make us even more resilient, efficient and sustainable in what is a ferociously competitive industry.

“We have grown strongly in recent years with our sales doubling in the last five years from £30m to £60m and have reached the current production capacity of the plant after major investment in our core cheese production and packing facilities back in 2016.

“As a dairy farmer cooperative that directly leads to more competitive and stable returns for our farmer members across North and Mid Wales, thus enhancing the competitiveness of the Welsh dairy sector.”

SCC, set up over 80 years ago, has remained on the same site near Pwllheli, and is Wales’s only farmer-owned dairy co-operative with 134 members.

The latest investment follows on from £11.5m spent in 2016 on a new a production and packing plant where their range of cheeses is matured, cut and packaged for the UK and the international market.

The £14.4m project will include new facilities for milk reception, additional cheese production and packing lines and a new whey processing facility.

Investment is also planned for effluent treatment and improving its environmental and energy performance.

The works are scheduled over a three-year period to be completed by 2024.

The dairy co-operative has an ambitious sales growth target of over 50% by 2024, Mr Jones explained.

"As we continue to grow our focus will remain on developing business with our existing customer base as well as growing new added-value markets.

“To do this it is important that both our cheese production and packing capacity is increased but also that the supporting infrastructure is upgraded or renewed which is what the next phase is all about."