Welsh farmer ordered to pay out over £4,000 after polluting rivers 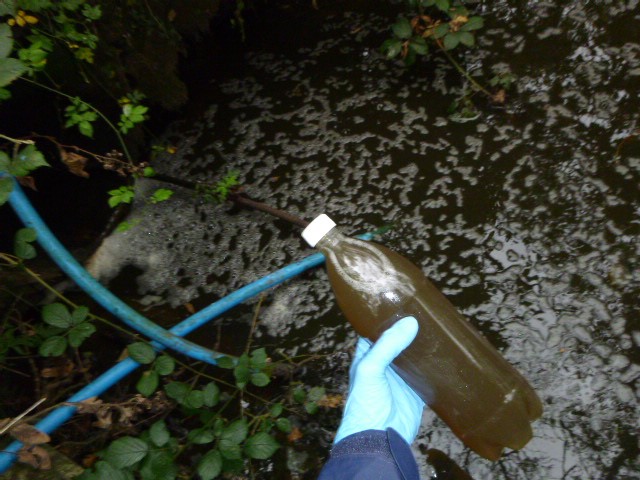 A Carmarthenshire farmer has been ordered to pay out over £4,000 after he pleaded guilty to causing pollution in two nearby rivers.

Noel Richards admitted failing to comply with an order to improve his slurry storage and causing slurry pollution during a hearing at Llanelli Magistrates’ Court.

Responsible for the running of Coedmoelon and Rhydolau farms, he pleaded guilty to all three offences on Friday 22 April.

Mr Richards had self-reported one of the slurry incidents to Natural Resources Wales (NRW).

In February 2018 he was issued with a notice to carry out required compliance works to a slurry lagoon at Coed Moelon Farm. The notice has not been complied with to date.

In September 2020, Natural Resources Wales (NRW) received a report of slurry pollution in the stream running into the Afon Dulais.

An environment officer attended the site and witnessed the stream discoloured along with an agricultural odour, he traced the pollution back to a dirty water tank at Rhydolau Farm.

NRW said Mr Richards was cooperative and the pollution was contained as soon as the source was identified.

However, in December 2020, NRW received a call from Mr Richards self-reporting a pollution incident where slurry had entered a tributary of the Afon Gwendraeth Fawr.

The farmer explained that they had spread slurry the week before, but the recent rainfall had washed the slurry into the watercourse.

An officer attended site and found the stream discoloured with large amounts of foam, he raced the pollution back to a field belonging to Coed Moelon Farm that had been spread with slurry.

Matthew Lowe, environment team leader of NRW, said both incidents could have been prevented had Mr Richards taken the required steps to adhere to regulations around the safe storage of slurry.

“We work closely and positively with farmers to help them comply with regulations and minimise the risks of causing agricultural pollution.

"Where farmers ignore our requests and put people, nature and our natural resources at risk, we will prosecute.”