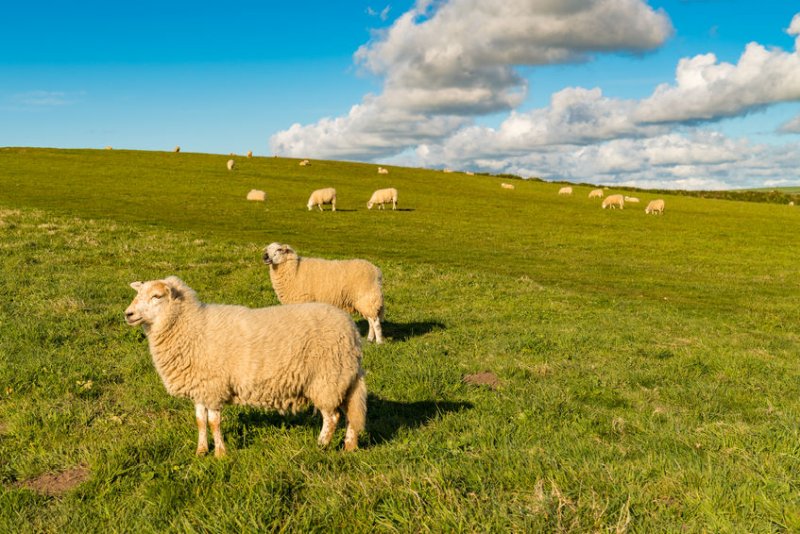 The Farmers' Union of Wales has raised concerns regarding proposed changes to the registration and reporting of livestock movement.

The union highlighted numerous areas where the Welsh government's proposals would lead to increases in costs and bureaucracy for farmers.

It said the plans came at a time when the UK was agreeing post-Brexit trade agreements, with countries such as Australia and New Zealand.

The proposals are part of a consultation which asked farmers for views on proposals to change how livestock are identified, registered and their movements reported.

The consultation, which runs until 2 January, relates to processes for sheep, goats, cattle and pigs together with the proposed implementation of Bovine Electronic Identification (Bovine EID).

The changes the Welsh government aims to implement would see mandatory whole movement reporting, and journey information for all livestock.

The devolved government said this would help the farming industry to improve farm management and support disease control.

It also proposes voluntary pre-movement reporting which would be recorded electronically before the animal leaves the holding.

The Welsh government said this could potentially allow the removal of paper movement forms for sheep.

But the FUW believes some elements of the proposals will add bureaucracy for farmers in an industry already overflowing with red tape.

Deputy president Ian Rickman said: “Members felt strongly that aspects of the proposals would result in negligible improvements for the traceability of livestock in comparison to the extensive movement reporting system that is already in place across all species, and that the evidence provided to justify the changes was insufficient or absent.”

A particular concern is related to the proposed mandatory introduction of same day reporting of livestock movements by Central Point Recording Centres (CPRCs), which include markets, abattoirs and assembly/collection centres.

Mr Rickman said: "Such stringent demands would place unacceptable increased pressure and bureaucracy on the important service provided by CPRC’s, and could lead to the industry losing this important service if markets opt out

"This would mean even more financial and time costs for farmers, many of whom simply don't have access to the technology and internet coverage necessary to fill the gap this would leave."

The Welsh government's intention to incorporate all livestock movements, registrations and notification into EID Cymru - which currently only records sheep movements - also raised concerns in terms of the ability of the system to interact with existing farm management databases and multispecies systems currently being developed by other UK administrations - something that is seen as essential.

"This is a particular concern for farmers whose land straddles the Wales/England border, as they would be required to comply with Welsh and English rules as well as two different recording systems,” Mr Rickman added.

"The introduction of further bureaucracy and costs after we have left the EU's regulatory regime and at a time when new trade deals may be about to open the floodgates to foreign produce not subject to anything like the levels of controls we already have would be completely unacceptable."