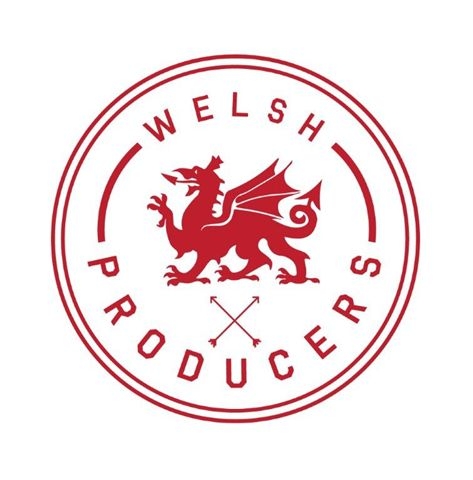 A group of Welsh food producers who attended the first Food & Drink Show Northern Ireland 2013 recently are celebrating the success of their trade mission despite it being described as like "taking coal to Newcastle".

The group was assembled by Farmers' Union of Wales member Robert Vaughan who is passionate about agriculture and the meat produced at his Longhorn cattle and Lleyn sheep farm in the hills overlooking the Gwaun Valley near Fishguard.

"We had a fantastic welcome throughout the three days of the show in the King’s Hall Pavilion in Belfast - the original site of the Royal Ulster Agricultural Society’s Balmoral Show which is now held on a new site at Balmoral Park, Lisburn.

“The food and drink show was a huge attraction for hundreds of consumers who enjoyed a delicious mix of great produce, celebrity guests and live demonstrations. The organisers wouldn’t let us go until we promised to go back again next year.

"All the producers from Wales agreed that it had been a very enjoyable and successful trade mission. We sold out of the various products we offered for sale at the event and received lots of new orders.

"In spite of the travel costs I'm sure the trip will prove to be worthwhile for everyone," added Mr Vaughan, who farms in the shadow of Carn Edward mountain that gives its name to his established herd of Longhorns.

The cattle graze the striking surrounding landscape from which a very traditional farming practice has moved with the times to meet modern demands.

“We produce good old fashioned beef at modest prices,” added Mr Vaughan who, along with his family, endeavours to provide a quality product for the consumer and kitchen table at realistic prices.

Over 20 years ago Robert's parents Dilwyn and Suzanne established the adjacent Penlan Uchaf Gardens which attract around 20,000 visitors a year.

The family decided to specialise in rearing Longhorns 10 years ago because the taste and the texture of the meat is incredible. "They also suit the local environment needs by helping maintain the diverse habitats that are rich in a variety of flora and fauna," Robert said.

"Additionally, the cattle’s fearsome horns belie their docile temperament which compliments the Garden visitors and many foot walkers crossing the farms. In much the same way, we chose to breed Lleyn sheep nine years ago, again because of their temperament and suitability to the farm’s environment.

"The Longhorn herd stand at 200 and is growing. They are grass fed throughout the year and finished on home grown barley and oats. The calves are typically born in the spring, with the cattle housed on straw in our barns during the wettest parts of winter.

Another business with strong farming connections that was part of the mission was Aerona which produces liqueur made by Hazel and Gwilym Jones with hand picked aronia berries from plants grown on the family farm, Rhedynog Isaf, Chwilog, near Pwllheli. Every bottle produced is unique as they are all hand filled, crafted and finished.

Other members of the group, who regularly attend Welsh food markets and festivals, that made the trip to Belfast included sisters Laura and Katie Jenkins who, just over a year ago, launched Oh Sugarplum! which produces homemade confectionary using high quality ingredients and seasonal local produce at their kitchen in Wolfcastle, Haverfordwest.

They can regularly be found experimenting with new - sometimes quirky!! - recipes and also selling their fudge, marshmallow and truffles at local farmers’ markets, craft fairs, events and food festivals.

Little Welsh Deli, of Grovesend, Swansea, an award-winning artisan pastie-making company, also did a roaring trade at the show. All their pastry and fillings are hand crimped and include local ingredients wherever possible including Gower beef and Pembrokeshire lamb as well as minced beef from Carn Edward.

And Samosaco of Pontyclun produces samosas, bhajees, gluten free pakoras and gluten free mixes. All its products are 100 per cent vegetarian and they do not use any artificial preservatives, colouring, flavouring, MSG, or GM products.