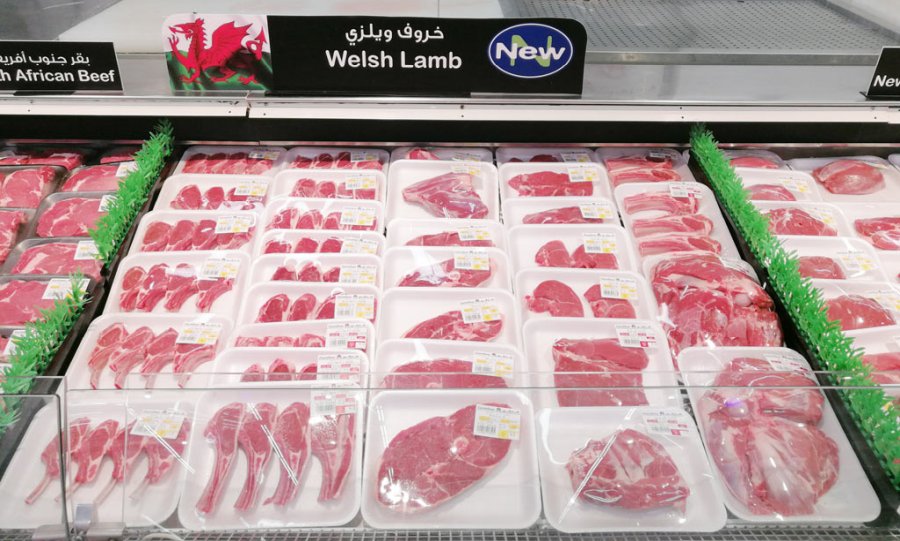 Welsh-branded lamb is better regarded than meat which carries the Union Jack flag, according to a survey of 1,000 consumers across the UK.

The survey found that, when asked what kind of lamb tasted best, twice as many people answered Welsh lamb (47%), as opposed to British lamb (23%).

Over half of respondents to Hybu Cig Cymru – Meat Promotion Wales' (HCC) survey thought that the best restaurants would serve Welsh lamb, higher than those saying that they would serve British-branded lamb.

Over half (54%) of respondents said that Wales was the most ‘natural’ place to rear lamb, as opposed to 27% answering that they perceived Britain as a whole to be most natural.

And 64% said that they believed Welsh lamb was produced on small family farms, compared to 43% for British lamb.

It also scored almost twice as well as Britain as a whole when asked if they believed the animals had lived happy lives.

A large majority of consumers were able to identify one of the key features of sheep farming in Wales – its non-intensive, pasture-based production system.

The majority (81%) of respondents agreed that lambs reared in Wales were mostly fed on grass, while 75% answered that they believed lambs were able to roam freely.

The figures have come as a boost to HCC, the organisation tasked with promoting the Welsh lamb brand since 2003.

HCC’s market development manager Rhys Llywelyn said: “Our strategy has been to play on Welsh lamb’s strengths – its quality, trust in farming methods, and the sustainable way in which it is produced.

“The results of this survey shows that the message is getting through to consumers across Britain, with the result that the Welsh lamb brand is extremely strong.”

Pointing to recent surveys which showed that consumers would pay up to 12% more for sustainably-produced food, he said that the findings on Wales’s environmentally-sensitive farming methods were particularly encouraging.

“It’s more important than ever that consumers know that the Welsh way of rearing livestock is a world away from some of the factory-farming practices overseas,” he explained.

“Welsh lamb is very well placed for the future, given that is scores so highly in this survey on issues such as sustainability and animal welfare.”