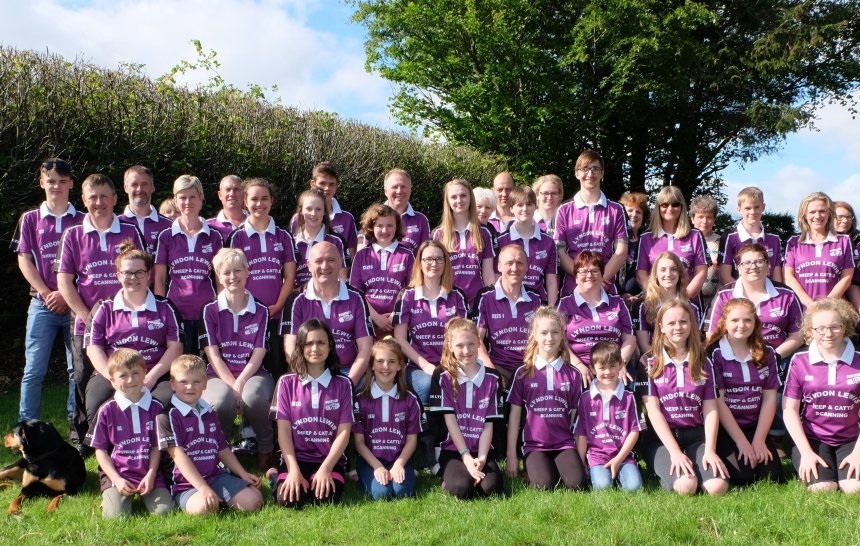 Welsh young farmers who helped deliver groceries to vulnerable people during the UK's lockdown periods have been recognised for their efforts.

Pontfaen YFC in Brecknock County Federation are the winners of the Community Spirit Award, issued during an online awards ceremony on Tuesday 14 September.

As well as grocery deliveries to vulnerable people and making scrub bags for NHS staff, Pontfaen YFC created a ‘talking bench’ as part of a local community project, where residents of Merthyr Cynog could sit and talk to others.

Young farmers also decorated their bench with stones that included numbers for organisations that people could contact for support or counselling.

TV presenter and Welsh farmer Gareth Wyn Jones announced the award results and praised YFCs for looking after others and offering hope during challenging times.

He said: “It was really difficult to pick five finalists and even harder to choose the winner. All of the finalists did some fantastic work over the last 12 months in a very difficult situation.

"We were all impressed by the achievements of Pontfaen YFC and especially with their talking bench – a great way to support local residents’ wellbeing and much-needed during these challenging times."

As well as the talking bench the club also held an illuminated tractor run at Christmas, dressed their president up as Santa and used a tractor to tow his sleigh around the village.

The club also produced a virtual carol service, complete with readings, prayers and songs to bring some festive cheer to a community in isolation.

They raised more than £800 for their local ICU department through a Christmas raffle and a further £1,600 for charities through an online auction.

Club chair Raiff Devlin “On behalf of Pontfaen YFC, it is brilliant news to hear that our members have been recognised for their work in supporting the community and raising money for charities.

“I would like to personally thank all involved for their continued commitment to the community and the wider YFC movement.”