White Park cattle on the menu to revive 'at risk' breed 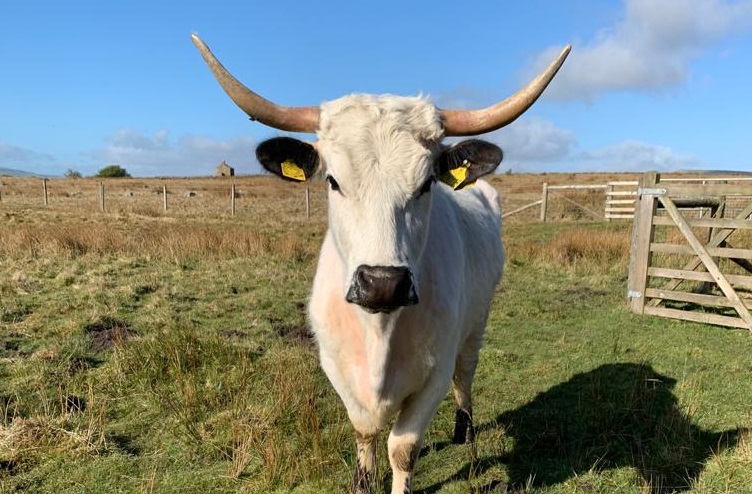 Numbers of White Park cattle plunged as low as 60 in 1973, but have since recovered to 950 breeding cows

An online meat company is using an innovative funding scheme to help the revival one of Britain’s rarest livestock breeds, the White Park cattle.

North Yorkshire-based Farmison & Co has bought a herd of the rare breed, which were once associated with Druids and Celts.

The herd and their young calves are now grazing on a farm in Wensleydale, and under the scheme the farmer will pay for the livestock over 18 months.

When the cows are ready to calve again, a bull will be acquired to expand the herd.

Not only does it spread the financial cost for the farmer, Farmison & Co will provide an outlet for the meat, reducing the risks of rearing and managing these rare animals.

The Ripon meat company has previously piloted the scheme to build up Dexter breed cattle and now has a herd of 150.

Although they have been part of the British landscape for more than 2,000 years, White Park cattle, closely descended from wild cattle, came close to extinction as other breeds came into favour.

Numbers plunged as low as 60 in 1973, but have since recovered to 950 breeding cows, though they are still classed as “at risk” by the Rare Breeds Survival Trust.

The cows and calves bought by Farmison & Co are registered with the White Park Cattle Society, and they will graze on pastures in the Yorkshire Dales National Park

Farmer Stuart Raw will be the custodian of the herd and manage breeding and expansion.

“We’re in a position where we can help to promote one of the rarest and most ancient breeds in the country by building the breed up.

"These rare breeds are saved by eating them. The fabulous flavours of the meat speak for itself,” he said.

Farmison has built up a customer base for its heritage breeds beef, including Red Poll, Aberdeen Angus, Shorthorn, Galloway, Dexter and Sussex.

Now they are being invited to support the revival of White Park cattle when the meat goes on sale, around the end of 2022.

"So long as customers demand this type of beef, these breeds will have a guaranteed future.

“Through our innovative scheme, we can offer farmers financial support and give them the confidence that there is a market for beef produced from this beautiful breed.”