Wide choices across the breeds for spring calving herds 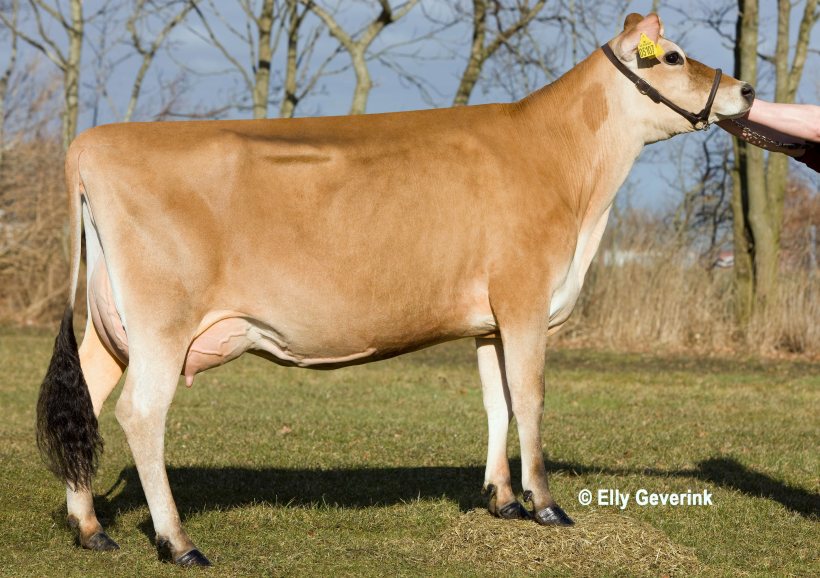 In number one position is the familiar Danish Jersey, VJ Tester, who offers producers big gains in milk quality, daughter fertility and lifespans, and has an SCI of £477.

The Holstein beneath him, Progenesis Unicorn (SCI £439) will boost milk volume and weight of fat and protein while also reducing cell counts, ahead of the Jersey, VJ Hoeholt Jern James (SCI £426).

Fourth ranking Glamour Boghill Casper (SCI £419) transmits a balance of weight and percentages fat and protein in his production proof, alongside thrifty calves.

Level-pegging in fifth place are the British Friesian, Catlane Caleb, excelling for daughter fertility while the Danish Jersey, Danish VJ Tudvad, offers high milk quality and low cell counts. Both have SCIs of £415.

"This £SCI ranking shows numerous breeds could fulfil their requirements, offering a cross-section of traits with which to improve their herds,”

The Autumn Calving Index (£ACI) ranking, by contrast, sees more dominance by the Holstein, and little change at the top since the last index run.

Westcoast Guarantee (£ACI 619) remains in number one position, ahead of Progenesis Unicorn (£ACI 600) up from third place. Hoanster Zanzibar (£ACI 595) moves one place down to third while Westcoast Yamaska (£ACI 578) moves up to fourth position.

The only newcomer in the £ACI top five is Stowey Magician (£575), who graduates as a milk quality and daughter fertility improver, also improving lameness and lifespans.

Tables of the top 20 available bulls with a daughter proof ranked on the latest £SCI and £ACI (December 2020) appear below.