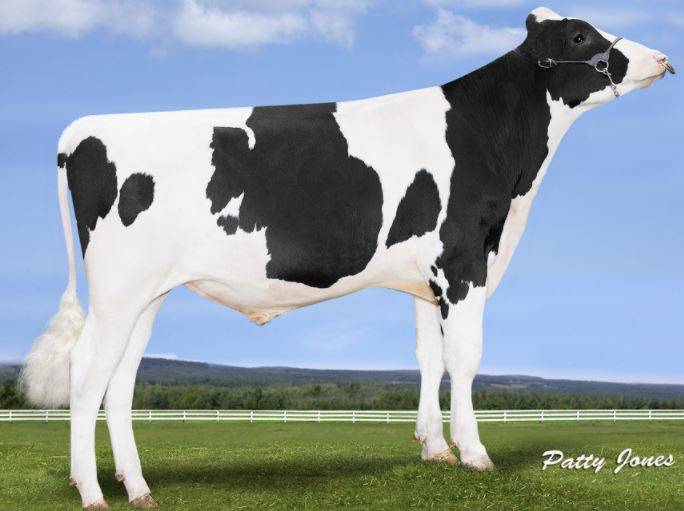 Early daughter information shows the standout features of this bull to be Predicted Transmitting Abilities (PTAs) of +0.34% fat and +0.18% protein.

This is combined with a good Lameness Advantage at +2.5 and daughter Fertility Index of +9. A son of Bomaz AltaRobson, Wimbledon’s PLI is £754.

Climbing one place since the previous ranking is Peak AltaZarek (PLI £750), who has the best Lameness Advantage in the top 20 at +3, predicting fewer lameness cases amongst his daughters.

AltaZarek also transmits very good udder health (-3 Mastitis). His sire is the former number one and long-term high-ranking Bomaz AltaTopshot, who still features in the top 20, with 99% reliability and 1,216 UK milking daughters in his production proof.

Another former number one bull appears in third position in the shape of Westcoast Yamaska, now with a PLI of £748.

With 413 UK daughters contributing to his production proof, he excels for protein transmission, at 37kg and +0.16%.

Marco Winters, head of animal genetics for AHDB, said: “Although their £PLIs are inevitably lower than those of the leading young sires, some of these slightly earlier generation bulls have hundreds, and in some cases, thousands of UK daughters and many more around the world.

“With high reliabilities and proven breeding patterns, there’s no reason why they can’t continue to have a valuable place in producers’ breeding programmes.”

The next three places are occupied by new entrants to the top 10, two of which have PLIs of £722, on a par with Crimson’s in sixth position.

The first is Denovo 8084 Entity, a former number one genomic young sire, who ranks alongside Bomaz AltaCabot, who has the best Maintenance Index in the top 20 (-16) and a good FeedAdvantage of 181.

The final new entrant is the ninth ranking Mr Farnear Helix Twitch, who features favourable calving ease (0.8), a FeedAdvantage of +97 and a PLI of £720.