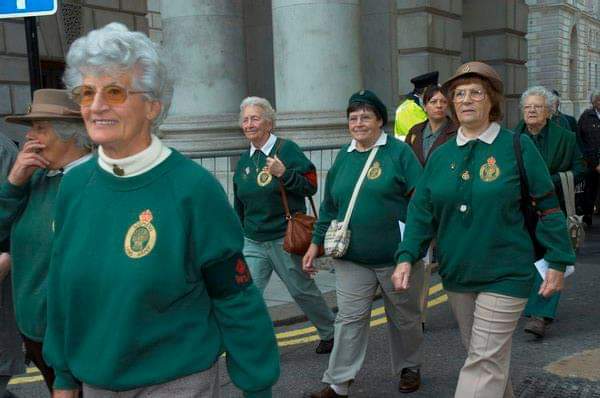 The importance of women in agriculture has been highlighted, both in the past and now (Photo: Sheila Ellis (L) in the Women's Land Army)

Vencomatic UK is celebrating women in farming who work to keep the nation fed during the pandemic by reflecting on the parallel duties that date back 75 years ago.

Recently, women across the industry have been sharing their stories and experiences to highlight the work they do, their roles and keeping the country fed during the crisis.

Vencomatic UK has spoken to a former member of the Women’s Land Army, 95-year-old Sheila Ellis, about what it means to be a female in the industry and the heroes that kept the country going during World War 2.

The poultry firm said: "In a time where the world is facing global challenges and the country turn to each other for support, it’s more relevant than ever to consider the crucial role of farming both now and in our past."

The Women’s Land Army was introduced to keep the economy running whilst the men were at war, such as working roles across the agricultural sector.

Sheila Ellis is a Londoner born in East Finchley and raised at a school for girls. When World War II began, she was only 14 and unaware of the task she would be asked to do for her country.

Beginning her career as an industrial psychologist at the NIIP, she soon decided that at almost 19, she had to join the war effort and help in any way she could. Consequently, at the end of 1942, she became a Land Girl.

For three years, she spent her days a world away from all she knew, working long hours on farms and in fields, experiencing a different farm every year.

Her first job was looking after a herd of cows. She told Vencomatic UK: “They were wonderful, I love cows”.

Her role began with the responsibility to care for her herd: “On the Friday afternoon I was in the office. On the Monday, I was introduced to 15 Jersey cows and told to wash them. I didn’t know which end to start”.

After soon learning the basics, she found pride in her work: “I was proud of them - 150 cows”.

Recalling more of her fond memories, Sheila expresses a particular favourite: “There was one very bad cow, she was black and called Daffodil the third.

"You could not get near her, she kicked and stuck her leg in the bucket and whipped you with her tail right around your face”.

Not willing to be beaten, she used her initiative: “One morning, she glared at me and I was chewing a toffee and I stuck it on her front teeth, and she licked it and loved it - never gave me any more trouble at all… But I lost my toffee ration’.

On the two days off a fortnight, a couple of men would milk instead, and they said: “‘How do you get on with Daffodil the third, one of us has to hold her and one of us has to milk her?” Sheila simply replied: “‘How funny, she never gives me any trouble”. 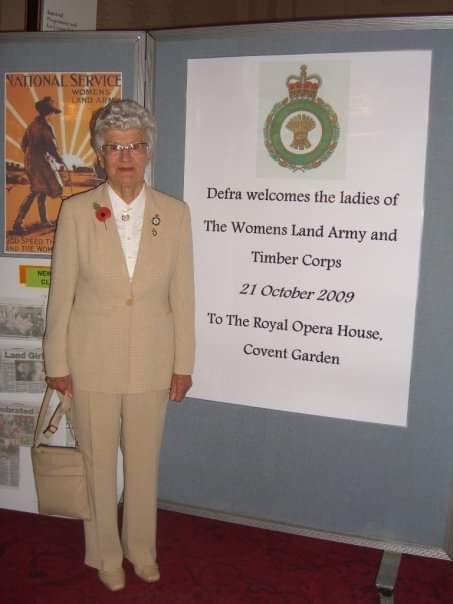 Sheila Ellis was welcomed at the Royal Opera House in 2009

On her second year, Sheila moved to Southgate, working on a machine milking farm that provided for the largest psychiatric hospital in London, housing 300 patients: “It was a huge big stately home, surrounded by a moat and a beautiful farm.

She made a good friend there, Betty, who has sadly recently passed away, but she recalls their fond time together: “Betty and I stuck together, she was a bit cheeky.”

For her third farm, Sheila moved with Betty to East Grinstead, Forest Row in Sussex, where during the winter month of January, they had to carry buckets of coal, so they didn’t get frost bite.

One day, after working long hours, when they had a cup of coffee together in the shed, they were struck by a bomb, three wheat fields from where they were.

Sheila states: “[Betty and I] had hats on because it was cold and they both blew off”. It was an eye-opening experience.

After milking on her last farm, the owner uncovered that Sheila was a secretary and asked her to “get all papers in order”.

After that, she was his private secretary, with two hours to sit down in the morning and her own little motorbike to hand out the wages across the 800 acres.

After the war ended in 1945, so did Sheila’s time in farming. She states: “I went back to work at the NIIP”. However, she realised that after 3 years dedicated to her country, things were different: “Being a teenager all that time, you miss everything”.

“It’s not all lovey dovey like in the films. We really suffered. We were fish out of water”.

Finally, Sheila reflects on her time in the industry, loving her cows and advice for young women: “I was a very serious-minded girl. Behave yourself and do as your told”.

Vencomatic UK says Sheila’s story is just one of many: "It’s clear to see the crucial impact that the role of women had in agriculture during the war, and the lessons and ethos that are still relevant in today’s times.

"Whether it’s a poultry farmer in the field, the manager in the office or the girl who just loves her toffee, women in agriculture kept the country going then and they continue to do so now."