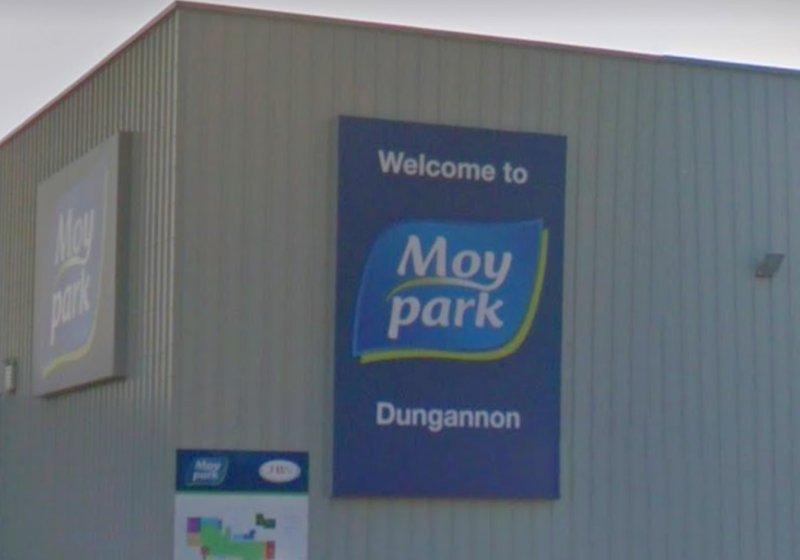 Unite the union has called for the County Tyrone poultry site to be temporarily closed following the death (Photo: Google Maps)

A worker at Northern Ireland-based poultry producer Moy Park has died after contracting the coronavirus, according to reports.

Unite the union has claimed that the woman, aged in her 50s, had passed away after contracting Covid-19 at the poultry giant's site in Dungannon, Co Tyrone.

But Unite has now written to the firm asking for all workers at the site to be tested for the virus and for the plant's temporary closure.

"This is devastating news and we would like to extend our condolences to her friends and family."

The Health and Safety Executive for Northern Ireland (HSENI) confirmed that it had undertaken a recent unannounced inspection at a Moy Park meat site.

The safety watchdog said: "A few minor issues were found but the overall compliance with the PHA Covid-19 guidance was found to be of a high standard."

"HSENI sympathises with the family and friends of the Moy Park employee who has tragically passed away. Discussions are currently ongoing with the employer to understand the circumstances."