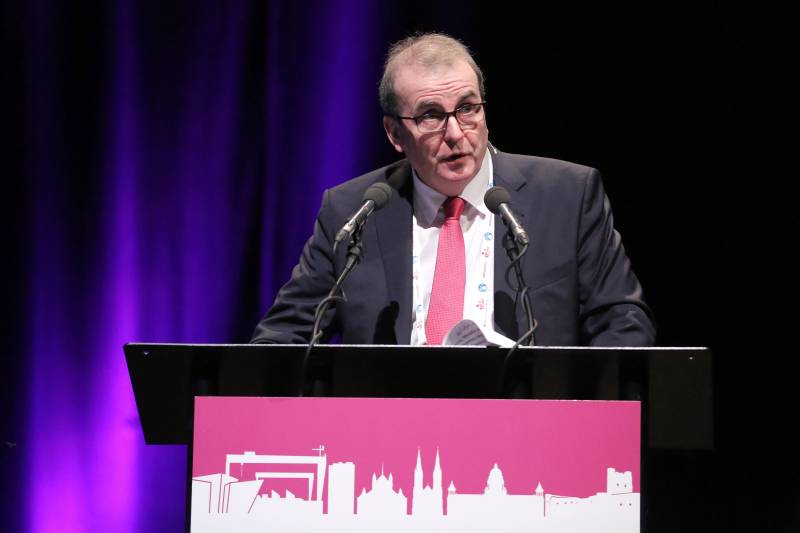 Paul Vernon, chairman of Dairy UK said the dairy industry has "changed massively"
Sign in to add your own press release SIGN IN Register

World dairy leaders have issued a call for the industry to remain united and embrace the challenge of securing consumer confidence amid a period of anti-dairy activism.

Speaking at the International Dairy Federation World Dairy Summit in Belfast, industry leaders from the UK, China, Japan and Australia underlined the importance of communicating effectively with consumers.

Increasingly, Brits are looking for reassurance on the integrity and quality of dairy foods.

It follows news that anti-dairy activism is on the rise in the UK, which led farmers to promote a campaign calling out the benefits of dairy.

Paul Vernon, chief executive of Glanbia Cheese and chairman of Dairy UK, the UK industry trade association, said the world and the dairy sector has "changed massively" over the past 30 years and the way the industry communicates with consumers has changed too.

"Dairy is a superfood and we need to ensure that message is heard loud and clear by consumers who are under a constant barrage of misleading and ill-informed messages about dairy," he said.

Tomas Pietrangeli, managing director of Arla UK the world needs more nutritious food, and dairy should be a critical part of the solution.

"However, the myths and scare stories that are being presented about dairy does give the industry a potential crisis and in the UK and Europe we could be facing an existential threat from anti-dairy campaigning," he said.

"We have a bright future, we have the ammunition and we need to play to our strengths. Changing the visual image of milk and focusing on young women is essential in establishing the message that one of the greatest sources of foods is still relevant and part of modern day life.

"It's time to get behind the goodness and time to debunk the anti-dairy myths and unsubstantiated claims."

The comments follow news that nearly half of young people say they are intolerant to milk, according to a report published by the Food Standards Agency (FSA).

In its latest Food and You survey, which it conducts every two years, the FSA found that 46 per cent of people aged between 16 and 24 reported having an adverse reaction to cows' milk.

This compared with just eight per cent of people over the age of 75 who said they had a problem with milk.

However, Dr Judith Bryans, president of the International Dairy Federation, said the message from across the global sector is "clear" - that the industry must be committed to highlighting the nutritional benefits of dairy and confronting myths that are peddled by the anti-dairy lobby.

"It is a major challenge but one that dairy can rise to," she said.