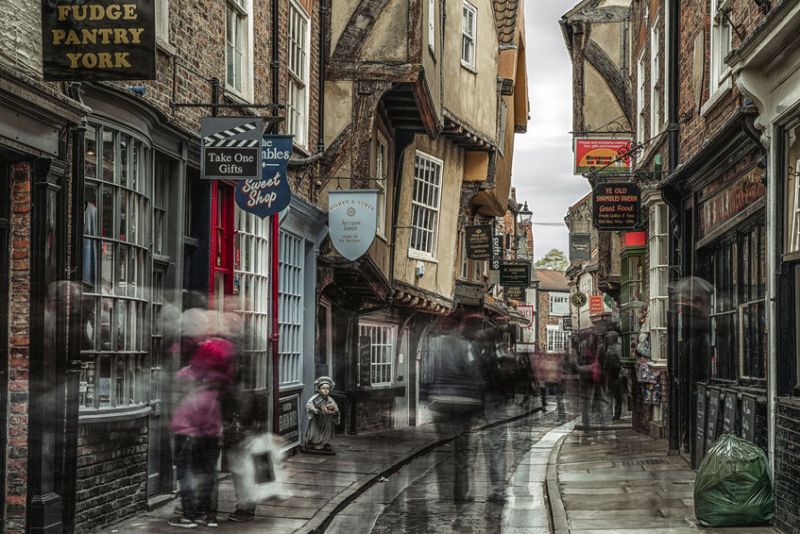 York has the highest number of fresh food outlets per capita

York has been revealed the British city with the best access to fresh and local food, according to new analysis.

The North Yorkshire city, with a population of 153,717, has the highest number of fresh food outlets per capita anywhere else in the UK.

It has 24 butchers, 47 bakeries and 15 greengrocers, as well as three farmers markets.

Leisure, a cooker brand, analysed the top 50 cities in the UK. Its Fresh Food Index was created by measuring factors such as the number of butchers, farmers markets, greengrocers, fishmongers and bakeries in cities.

These figures were divided by each city’s population size to reveal a per capita ‘density’ figure.

The scores were combined for each city and ranked, and the highest scoring cities were consequently crowned as top UK cities for access to fresh food.

Representing Scotland, Glasgow ranks in at fourth place, with over 129 butchers, 113 bakeries and 25 greengrocers, whilst Northern Ireland has two representatives in the top 20 – Londonderry in 12th place and Belfast in 18th.

Manchester, which comes third in the Fresh Food Index, is the UK city with the highest number of butchers per capita - 99 in total. 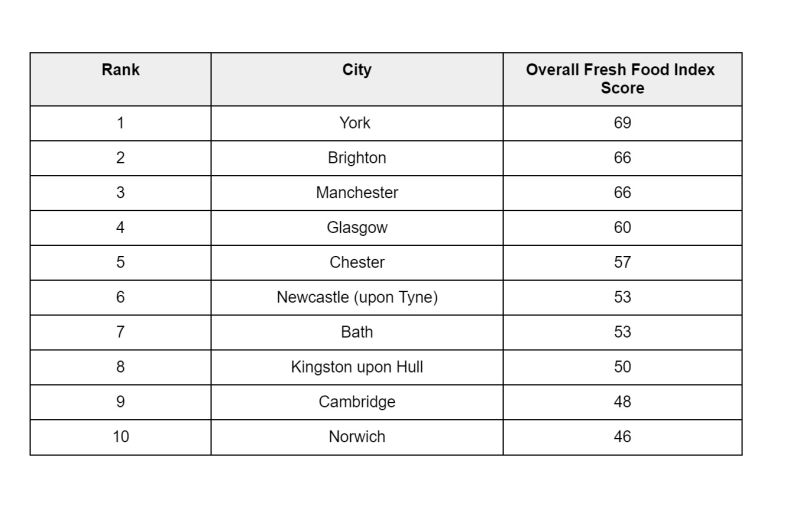 Brighton is the highest ranked city in the south of England in second place overall, providing its residents with access to numerous fishmongers and farmers markets.

The city came out top with seven fishmongers in total, ranking in second place overall in the Fresh Food Index. Brighton also has 14 butchers, 22 bakeries and five farmers markets.

However, the residents of Cambridge have plenty of options to choose from with farmers' markets, with seven overall - the highest number of markets per capita of all the cities analysed.

The northern region of the UK is leading the way with access to fresh foods, with four out of five top scoring cities based in the north including: York (69), Manchester (66), Glasgow (60) and Chester (57).

London ranks in at a surprising 45th place, despite having over 118 farmer’s markets, 225 fishmongers and 67 bakeries offering fresh and local produce to its residents.

Yet the high population in London means that it has significantly fewer fresh food outlets per capita.