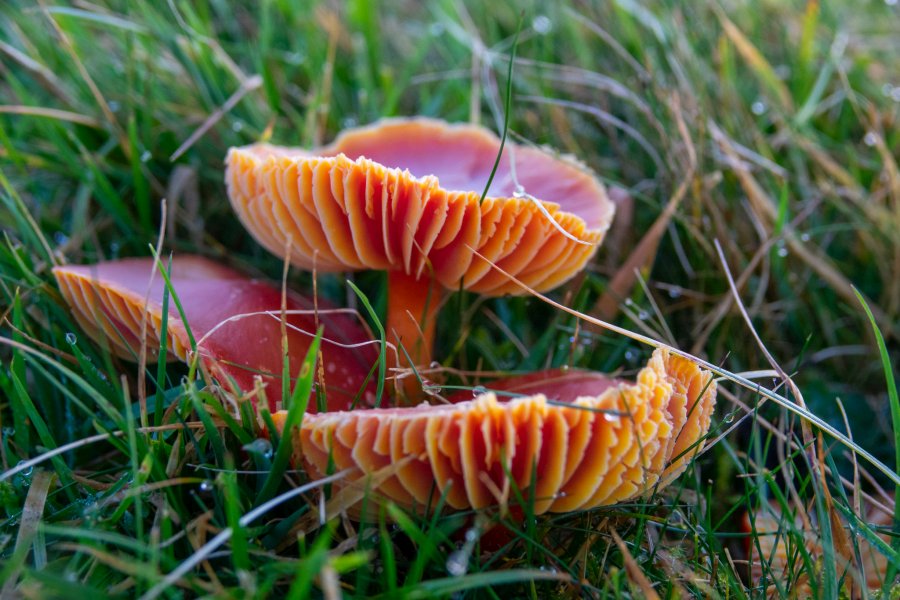 A National Trust project has been set up to study rare fungi in West Yorkshire and help farmers look after their ancient grasslands.

The Grassland Fungi Project, which is being run in partnership with the Colne and Calder Rivers’ Trust, will study species like Waxcaps and Pinkgills.

The aim is to find out how widely spread the fungi are, by looking beyond the National Trust’s boundaries and working with farmers to keep their grasslands in top condition.

Rare fungi thrive in upland farming areas like Calderdale due in part to the high rainfall and steep valley sides.

The National Trust’s tenanted fields around Hardcastle Crags have been well studied and are some of the most ecologically important fields for waxcaps in Europe.

The project aims to provide free surveys for farmers and landowners within the same catchment, in order to help farmers access potential future payment schemes.

Grassland fungi are hugely important for biodiversity. They provide nutrients for plants which support insects, birds and mammals.

They also indicate good soil health, which means the fields where they grow are better at slowing the flow of water and reducing flood risk.

Fungi also help with storing carbon underground. However, many ancient grasslands have already been lost through intensive farming methods.

"We want to work with farmers to provide free surveys and help them access grants for things like fencing improvements.”

“If you have grasslands that have never been ploughed or cultivated, have never (or rarely) been fertilised and have been continually grazed, then it’s likely they’ll be a haven for biologically important fungi."

He added: “The role of fungi in ecosystems is fascinating. They have the potential to help us in our fight against climate change, disease and protecting our pollinators.

"This year we have a great opportunity to learn more about how they’re benefiting our ecosystems in Calderdale.”