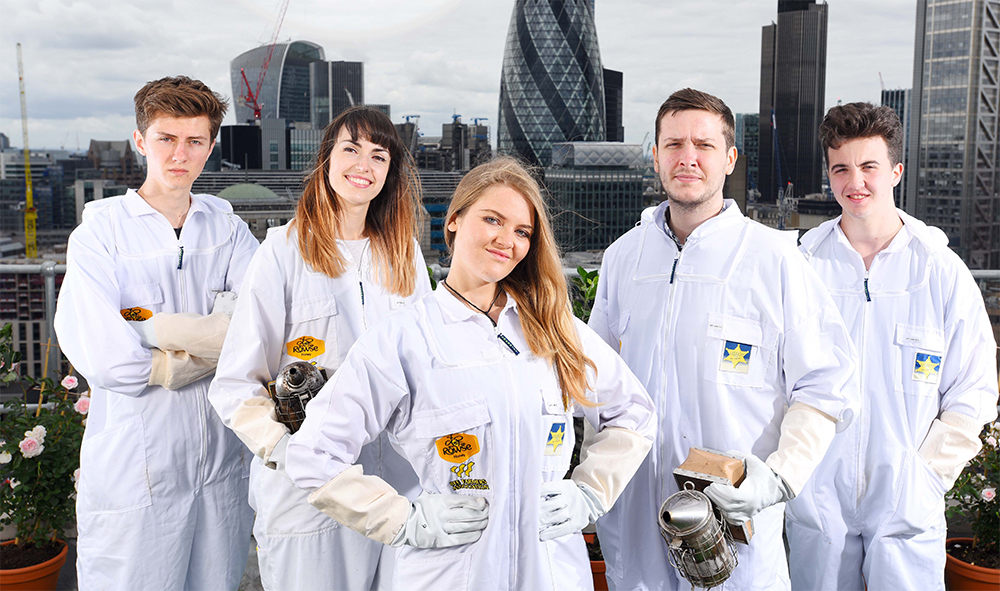 It’s estimated that the country needs to increase its bee farmer count by a minimum of 33% - to a total of 848 farmers - over the next decade.

A 19 year old school leaver from Lincoln has become one of the latest apprentices to join the world's first bee-farming apprenticeship scheme.

The Bee-a-Beefarmer project is aiming to boost the British bee count in order to safeguard the future of the industry, recruiting a total of 30 new apprentices over three years.

Industry experts warn that the UK is home to just 30% of the bee hives it needs in order to future-proof Britain’s bee count and boost honey production.

It’s estimated that the country needs to increase its bee farmer count by a minimum of 33% - to a total of 848 farmers - over the next decade or face lower availability of produce and potentially higher food prices.

The scheme is designed to bring some much needed young blood into the bee farming industry. In 2015 the average age of a bee farmer in Britain was 66 years old.

However, the launch of the campaign last year resulted in the recruitment of 10 new bee farmer apprentices with an average age of 19. 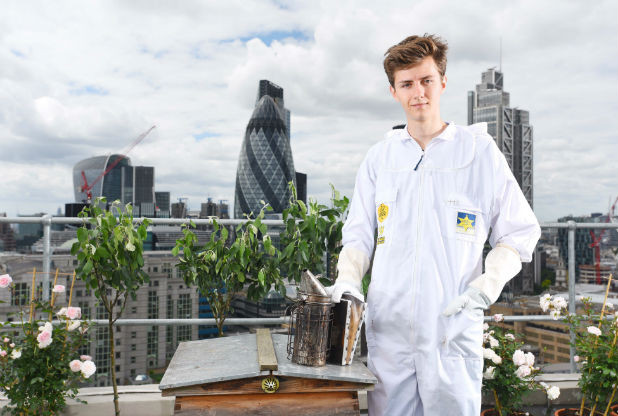 Between them, the apprentices have already added an additional 60 million honey bees to the UK bee farming industry and between them care for over 1,000 hives, which combined have resulted in the production of over 44,000 jars of honey (11 tonnes) in the past 12 months.

Rising awareness of the 'ground-breaking scheme'

Coming from all different walks of life, the three new Rowse Honey Bee a Beefarmer apprentices include Griff Tomos, 21 – a part-time fireman from Wales; Stuart Weekes, 24 – an ex-shop assistant from Chichester and Oli Port, 19 – a school leaver from Lincoln.

The successful apprentices descended upon the UK’s capital city to raise awareness of the ground-breaking scheme and call for more young people to get involved.

The new recruits were joined by Hannah Reeves and Phoebe Lamb who joined the first year of the scheme in 2015.

Last year’s apprenticeship scheme was a buzzing success and from hundreds of applicants across the UK, the three new apprentices have already started their training to help stem the decline of bee hives in the UK.

It’s intended a further six apprentices will join the scheme during 2016, followed by another 10 in 2017 who have yet to be appointed.

"As well as on-the-job training, we’re able to do practical courses which are extremely beneficial when running your own bee farm, which is something I hope to do in the future. If you enjoy being outdoors and like bees, I can’t recommend this scheme enough."

Ian Ainsworth, MD for Rowse Honey says: "Having officially launched the Bee a Beefarmer apprenticeship scheme last year, we received a fantastic response from the British public and hundreds of applications for our next wave of new recruits.

"We’re delighted to now unveil our latest apprentices as we continue to boost UK honey bee numbers and future-proof bee farming in the UK.

"To date, the Rowse Honey Bee a Bee farmer scheme has added an extra 60 million honey bees to the British population, and by the end of the three year scheme we’re hoping this figure will be closer to a staggering 180 million.

"There continues to be a skills shortage and an aging profile in the bee farming industry. The number of commercial bee hives in the UK has declined by 73% over the last century, falling from one million hives in 1900 to less than 274,000 in 2015."