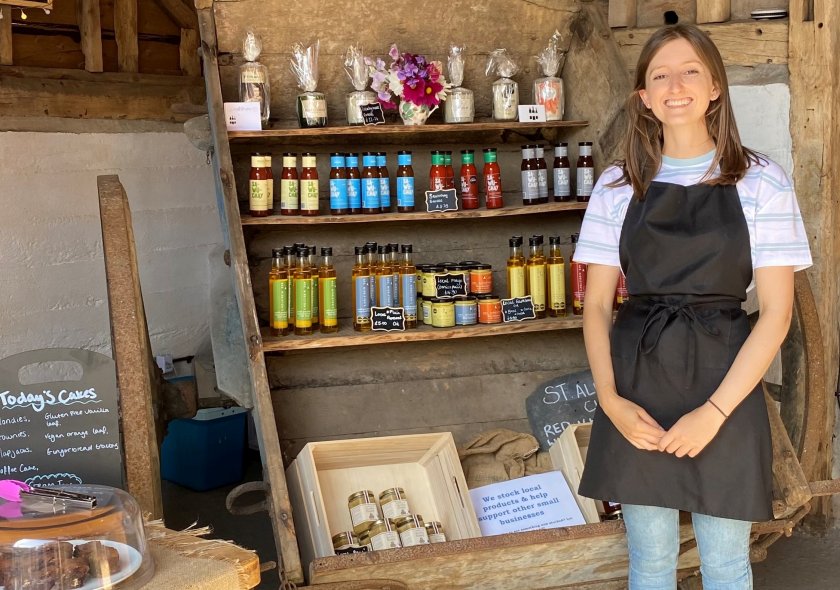 An enterprising young farmer from Hertfordshire who transformed a disused barn into a thriving business has been awarded the Entrepreneur of the Year Award.

Victoria Smith, from St Albans YFC, launched her business during lockdown after converting a disused barn and turning it into a location to sell hot drinks, homemade cakes and other local produce.

She used funding and support that she successfully gained from the Henry Plumb Foundation and spent every day making her idea a reality – all while working in a full-time job.

The business started with a takeaway option, but she has now grown it to offer undercover and outdoor seating and the product range has expanded to include local ice creams, oils and honey.

As well as employing local people, Victoria plans to expand the business with longer opening hours, sales of her fiancé’s home-reared meat and selling locally produced gifts for Christmas.

The young farmer was revealed as the winner of the award on 15 September at the National Federation of Young Farmers’ Clubs Achiever Awards 2021.

Luke Watts from Pembrokeshire was announced as the runner up for a green glamping site he launched last year called Moithan Meadows.

Victoria said: “I am absolutely thrilled to win this award, something that I couldn’t have imagined possible this time last year, when my idea really was just an idea.

“West End Barns is proof that if you are determined enough and are prepared to work hard, anything is possible, and I can’t wait to see what the future holds for the business.”