Young farmer urges others to take up agriculture 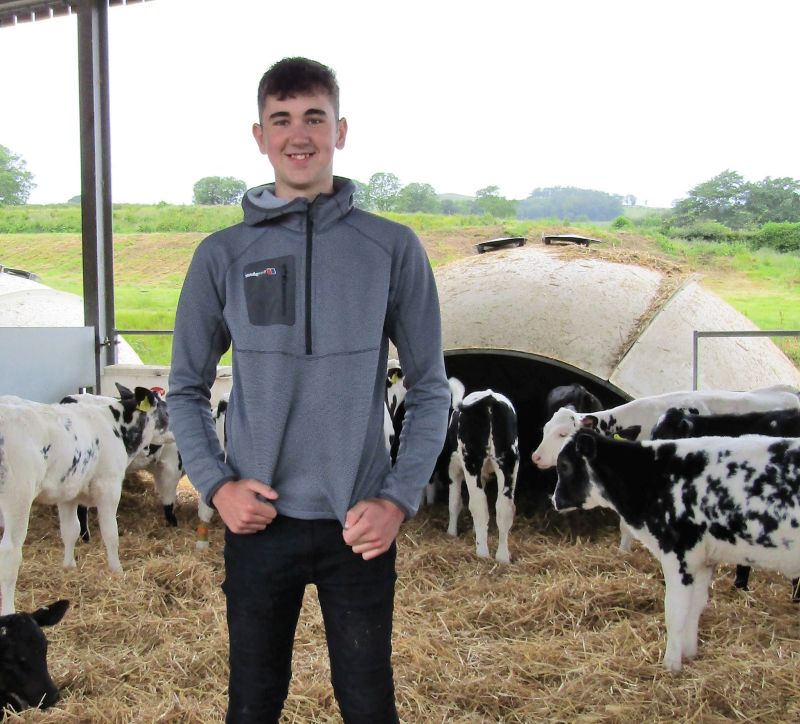 Owen Rhys Jones, 17, said there are 'many opportunities' that farming can bring to young people

A 17-year-old farmer is encouraging more young people to consider a career in agriculture after figures show an alarming lack of apprentices in the sector.

Just 1 percent of the total number of apprenticeships in Wales over the last two years have been in agriculture, according to Stats Wales.

This is despite farming accounting for up to 4% of employment in the country.

But young farmer Owen Rhys Jones is bucking the trend. He has signed up for an agricultural apprenticeship to commence later this year.

Owen, from Bala, will complete his first year at land-based college Coleg Cambria, located in Denbighshire.

He balances his studies with a job on his uncle Gerald’s Ceredigion farm, and plans to one day run his own acreage.

“Farming is all I’ve ever known, I grew up on my grandad’s farm and have always enjoyed working on land and with the animals,” said Owen.

“When I left school I wasn’t sure what to do with myself, I knew I wanted to work in agriculture and joined my uncle on his farm, which is when my mum encouraged me to do an apprenticeship, to give me something to fall back on.”

With more than 500 cows in the herd at his grandad's 250-acre farm, Owen is already part of a huge operation, but he has big plans for the years ahead.

“I’m still figuring out what I want to do in the future as there as so many opportunities, more than I imagined, and all sorts of things you can do,” he said.

“I think I would like to become a herdsman and have my own farm on day; I have lots of ideas and I enjoy working with my uncle and gaining experience and advice from him.”

He added: “People stereotype farmers as walking around in mud all day but there is so much more to the world of agriculture, and I’m certainly finding that out here.”

The Stats Wales figures revealed just 325 of the 31,360 apprenticeships across the country in 2017/18 were in agriculture.

This is despite 85% of the land area of Wales being utilised for agriculture and the sector accounting for a total GVA (Gross Value Added) of 0.59%, more than the UK average.