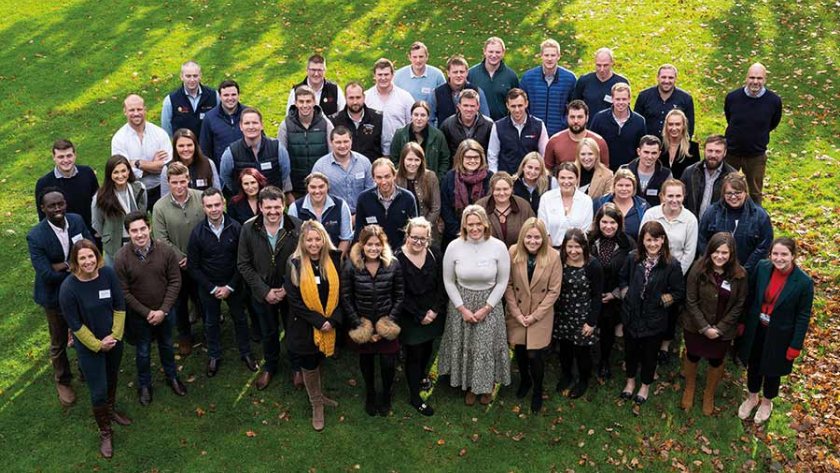 The next generation conference was held jointly between the NFU, NFU Cymru, NFU Scotland and Ulster Farmers' Union (UFU)
Sign in to add your own press release SIGN IN Register

Young farmers across the country have discussed their ambitious plans for the future of farming as part of a next generation conference organised by the UK's four farming unions.

Topics on the table ranged from access to land and financing, the impact of food and energy security on the next generation, as well as farmers' responsibility towards reaching net zero by 2040.

NFU Director of Policy Andrew Clark opened the conference, before representatives from each next generation group discussed the future of the farming industry with NFU Deputy President Tom Bradshaw.

She pinpointed to climate change as a significant hurdle that the next generation would also need to take on.

“It was vital to bring a renewed sense of determination to how we will tackle these issues within our sector as the next generation of farmers,” she said.

“I am confident that with the right support from government and industry to help the next generation and new entrants to farming, we can continue to provide high-welfare, nutritious food for the nation, provide jobs for people across multiple skills and sectors, while protecting and enhancing our environment.”

The event gave the young farmers representing the industry’s next generation across the UK a chance to have their say and share ideas about the key priorities for the future of the farming industry.

Jessica Williams from the NFU Cymru Next Generation Group hailed the event as an “inspiring [opportunity] to meet so many other vibrant people working in agriculture who are equally passionate about the future of sustainable food production, the environment, and the well-being of our rural communities.”

She concluded with a reassuring and positive outlook for the future: “While it is clear that there are challenges on the horizon, we should never forget that farming delivers so much for people and communities.

"I firmly believe that our sector is in safe hands with so many engaged and dedicated farmers from all corners of the UK all striving towards the same shared goals.”

NFU Scotland Next Generation chair Matthew Steel continued the theme of collaboration, stating that “this conference also showed there is a lot we can learn from the fellow unions on ideas for future support for new entrants to ensure they are the life blood of our sector in the years to come.”

Above all, he pointed to the need for accessibility for new entrants. He also noted the options available from a Scottish perspective on how to get a foothold in the sector, including working with Scottish Land Matching Service to mitigate some of the barriers faced by new entrants.

He said: "It’s always hugely beneficial to hear first-hand what is going on in other regions within the UK. Face-to-face encounters are a great way to gain new ideas and opinions on how we do things in Northern Ireland.

“It was fascinating to learn of the progression being made within each region with regards to their own respective agriculture policies, and how interested the other regions are with the direction of travel of Northern Ireland’s future agriculture policy.”