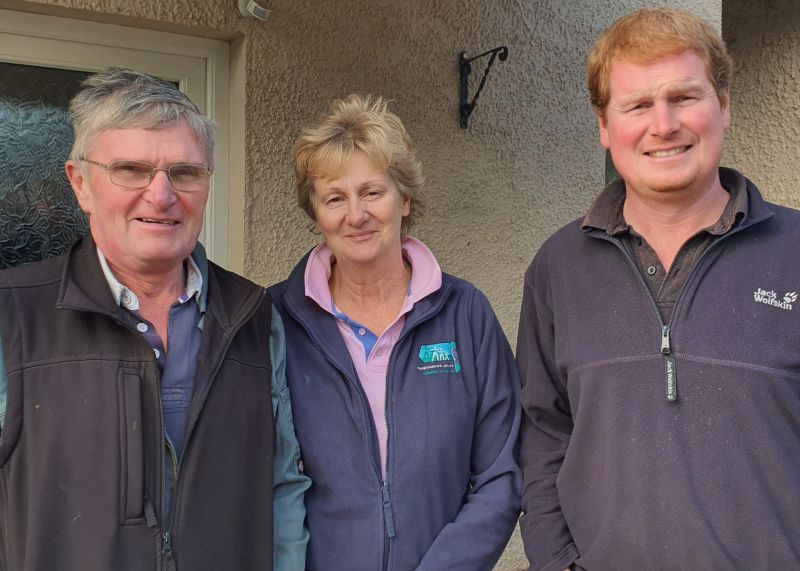 Young farmers have heard all about the benefits robotic machinery brings to a Pembrokeshire family dairy farm.

Nestled just outside of the small village of Puncheston, near Haverfordwest, is Fagwrfran East farm, home to the Williams family, and 150 dairy cows.

Here, Michael Williams farms with his parents Gareth and Annette, producing milk for cheese on a First Milk contract.

Since 2017 the herd has been milked by DeLaval VMS robots with a third robot installed in the summer of 2018.

Taking a group of young farmers for a tour of the farm as part of the Farmers' Union of Wales (FUW) Academi organised by the union’s Pembrokeshire branch, Michael explained some of the benefits of doing things differently.

“Milk output has changed dramatically from the conventional system to the robotic system,” he told the farmers.

“It’s fair to say the cost of production is higher but the rewards in both animal health and milk quality are worth it.

“We can produce consistent volumes of high constituent milk which suits our milk contract with First Milk who turn our milk into cheese.

“The robots allow us to have better control over feeding, and cows who have the potential to produce a lot of milk get the opportunity without the limitations of twice a day milking.

“Our foot health has improved and our mastitis rates have dropped, and hence we have seen a dramatic reduction in treatments.

“However, with lower cell counts and a far more hygienic environment from milking to accommodation, we have to be even more vigilant against particular mastitis bugs,” he said.

There are many different reports and settings which provides the dairy business with all the information they could possibly need.

Michael added: “For example, I can tell if a cow has mastitis 1 day before she actually shows clinical signs.

“I also know exactly how much milk a cow produces, how often she wants to walk through to be milked or if she is not walking through as often as she did before.

“There is no place for a poorly cow to hide, the system will pick it up straight away.” 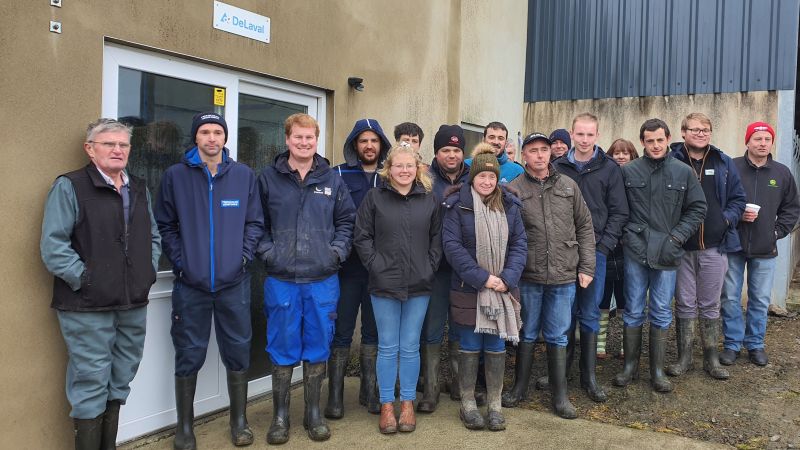 The cows learn how to use the system, which usually takes them about 15 attempts or 3 days and then they know what to do, he said.

Once the cows have learned how to go through the gate, they get milked automatically if they are ready for milking.

And if the cows try to go through too often, they get redirected to the exit.

“This type of system works well for us. Essentially, we never finish milking, the system runs 24 hours a day, 7 days a week. The cows do it themselves and are feeling better for it,” Michael said.

But even though the milking happens automatically, Michael still has to make sure that everything runs smoothly. For that to happen, maintenance is key.

He added: “Just because the cows get milked automatically, doesn’t mean there is no work for me. The system and robots need maintaining and looking after.

“Maintenance is key to make sure the robots work well. You wouldn’t get on a plane that hasn’t been serviced would you, so this is no different.

“We have also learned that sand bedding doesn’t work with robots because the grains get into all the little spaces and cause problems. So we use sawdust instead, which is renewable and doesn’t break the machines,” he explained.

The milking cows are fed a total mixed ration (TMR) of grass silage, maize and some blend depending on analysis of the forages to balance the diet.

They are also fed a concentrate in the robot depending on the stage of lactation and yield.

Dry cows are fed a more mature late cut silage which is baled, this is then mixed with straw and the dry cows are housed separately to the main milking herd.

Youngstock will all be reared on the farm with beef animals sold as store cattle.

Michael said: “The silage for the dairy cows is made using a multicut technique whereby the silage is cut around the 12th May and every 30-32days thereafter through the summer.

“Around 40acres of maize is grown on the farm and this acreage will probably increase going forward.”

Five years ago the family looked at their slurry storage and utilization, deciding they needed to be able to time their applications better with the aim of reducing bought in nutrients. 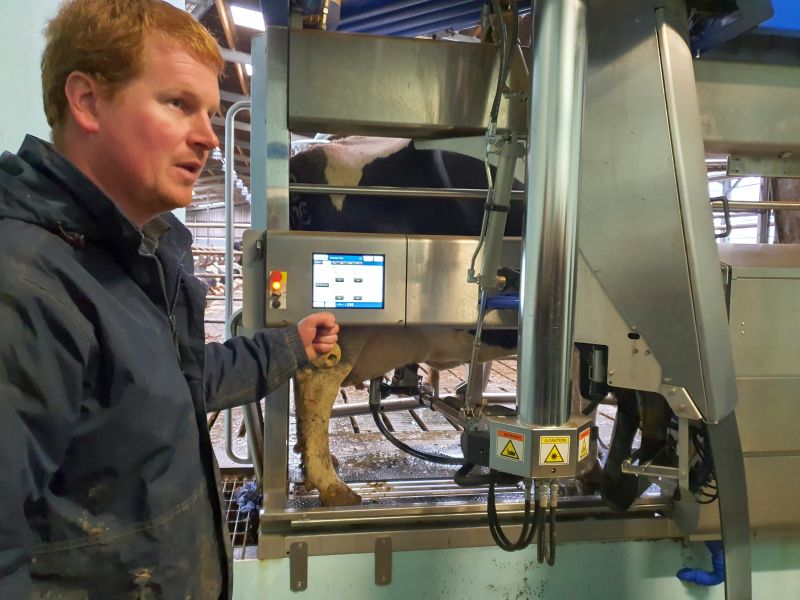 “Due to our high rainfall, we decided a slurry tower gave us the best solution. All of the yards are covered avoiding any clean rainwater entering the storage.

“The yards and robot unit all feed into a small reception pit (approx. 150,000 gallons).

“During the summer this is emptied after each cut of silage and during the winter the reception pit contents are pumped to the tower (600,000 gallons) to store until more favourable weather conditions permit us to apply it to the fields in the spring,” Michael said.

The system has allowed the family to greatly reduce the amount of bought-in fertiliser with no P&K fertiliser used at all and only targeted Nitrogen applications.

Aware of the proposed slurry regulations which may come into force in 2020, Michael has concerns.

“Currently our storage and application rates would meet proposed changes to manure use but we are always looking to improve our situation and covers for the slurry tower and reception pit are being looked at.

“Any changes to legislation that includes a dated closed period for spreading manures could be problematic, even for us with adequate storage.

“It is better to be able to apply whilst weather and crop/ground conditions are favorable rather than following a calendar date.”

The changes implemented over the years, from better slurry management to automated milking mean that the family have a more flexible schedule on the farm.

Michael said: “There is no tie at both ends of the day with milking and this is especially seen in the afternoon when jobs would be wound up early to go and fetch cows and milk.

“I find more time to help with our children before and after school and my father has more time to dedicate to rearing calves.

“This has also seen improved health and reduced treatments within the calf shed.

“There are often days when we are busy with silage or simply having a family day off-farm and we know that the robotic unit continues to tick over and cows remain happy and content,” he added.