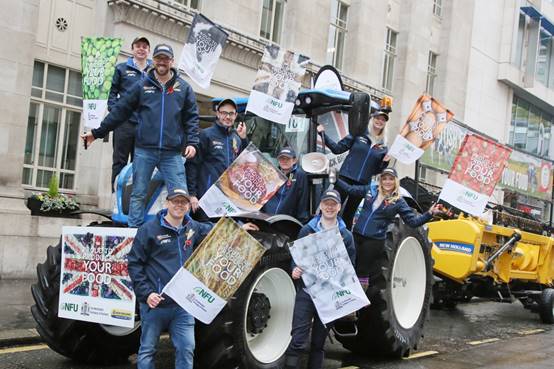 Students and young farmers have until Monday to apply for the NFU’s Student & Young Farmer Ambassador Programme.

The programme gives young people between the ages of 18 and 26 years the chance to become a leading voice for farming in Britain.

Over the course of one year, ambassadors will have the chance to undertake numerous initiatives.

These include media training, represent British farming at the Lord Mayor’s Show, attend the NFU Conference, develop their knowledge on a #StudentFarmer trip and guest-edit the magazine.

NFU next generation forum chairman, Simon Gadd said: “The NFU’s Ambassador Programme is a fantastic opportunity for our students and young farmers to develop the skills they need to become an influential part of British agriculture.

“British farming is on the brink of great change and we need young advocates to tell its story to the nation.

“Apply before 1 July to gain a unique insight into one of the most important industries in the world, and for a chance to help shape its future.”

There will be 8-12 people selected for the programme. The NFU will contact successful applicants regarding the next stage mid-July