Young farmers to travel world thanks to scholarship 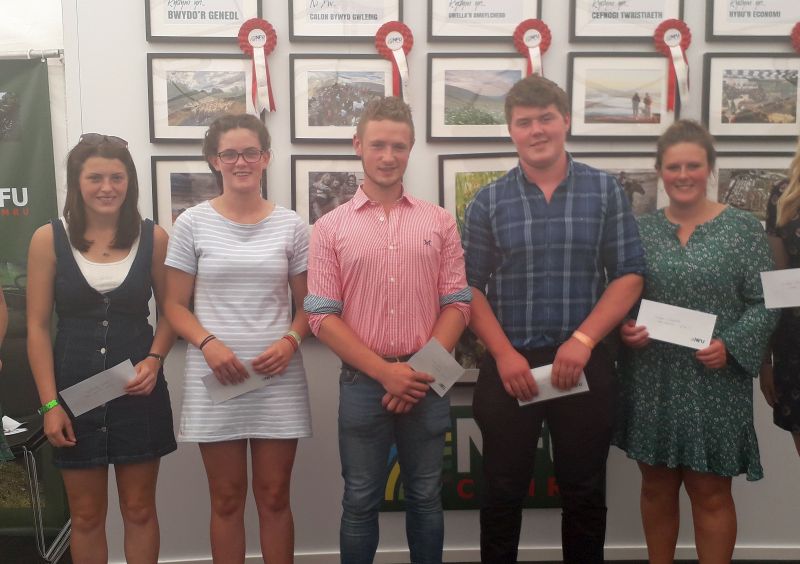 Most of the young farmers are travelling to New Zealand

Seven young farmers from across Wales have financially benefited a total of £3,600 to broaden their knowledge of agriculture around the world.

The sum was awarded by the Gareth Raw Rees Memorial Travel Scholarship to farmers following a donation from the NFU Mutual Charitable Trust.

This year’s main winner is Ioan Williams who received £1,000 to help fund his travels to New Zealand.

Twenty-year-old Ioan, from Llanymawddwy near Machynlleth, has recently graduated from Aberystwyth University with a Foundation degree in Agriculture.

The award will help fund a seven month study trip to New Zealand to learn more about livestock farming.

Ioan said: “I’ve secured a work placement at the Mount Linton station and I am really looking forward to spending time in New Zealand to widen my knowledge of beef and sheep farming.

“With Brexit on the horizon, and huge concerns about the future of agricultural policy in Wales, I’m eager to learn more about how the farming industry operates in New Zealand and bring back ideas that I can put into practice on our family farm in the future.”

There are six further recipients from the scholarship this year who each received a financial contribution to help with their travels.

Hannah Lawrence, from Poyston Cross near Haverfordwest received £750 towards a three month trip to New Zealand.

Alongside assisting with the running of the family dairy and sheep farm, the 23-year-old farmer also volunteers for the DPJ Foundation helping to support people in rural communities who are suffering from poor mental health.

Commenting on her upcoming trip, Hannah said: “I want to advance my knowledge of the different aspects of farming in New Zealand.

“I’m also keen to learn more about their genetics with a view to improving the efficiency and profitability of our own family farming business.”

Twenty-two year old Nia Davies, from Tregaron, who is currently studying for a Master’s degree in Livestock Science at Aberystwyth University, received £450 to help fund a two month trip to New Zealand.

Commenting on her upcoming trip, Nia said: “I am really looking forward to spending time in New Zealand to widen my knowledge of agriculture, and in particular I’m eager to learn from the Kiwis about their grassland management and also how they utilise forage crops such as chicory, plantain, kale and brassicas.

“After I return from New Zealand I hope to continue studying at Aberystwyth University and enrol on a PhD.”

Also New Zealand bound is 21-year-old Harri Vaughan, from Tufton in Pembrokeshire and he also received £450 towards a three month trip to New Zealand.

Harri is a former student at Hartpury College and Ysgol y Preseli, and in commenting on his upcoming trip, he said: “The aim of the trip is to learn more about the New Zealand farming industry and to broaden my knowledge and help gain practical experience that I can use on the family farm.”

Also receiving £450 was Sioned Davies, a 21-year-old from Merthyr Cynog near Brecon, which will help fund her travel to Canada for a four week exchange trip as part of the NFYFC International Programme.

Sioned is currently studying Agri-Food Marketing with Business Studies at Harper Adams University and has recently completed a year’s work placement with the Agriculture team for the Co-op.

She said: “I’m really looking forward to my exchange trip to Canada and immersing myself in Canadian rural life. Canada is famous for its wildlife and I’m keen to learn more about how they manage the relationship between wildlife and agriculture there.”>

Two of the recipients from the scholarship this year will each received £250 to help with their travels.

Gwenno Evans, from Taliesin near Machynlleth, who has recently graduated from Aberystwyth University with a degree in Agriculture with Animal Science, received £250 towards a five month trip to New Zealand where she will work on farms.

She’s keen to learn more about how they train dog handling and hopes to develop a future career as a shepherdess.

The scholarship, which is administered by NFU Cymru, was set up in memory of the late Gareth Raw Rees who, for many years, was a delegate on the NFU Council and Chairman of the NFU Cymru Education Committee.

Gareth believed fervently that travel was an important form of education for young people.