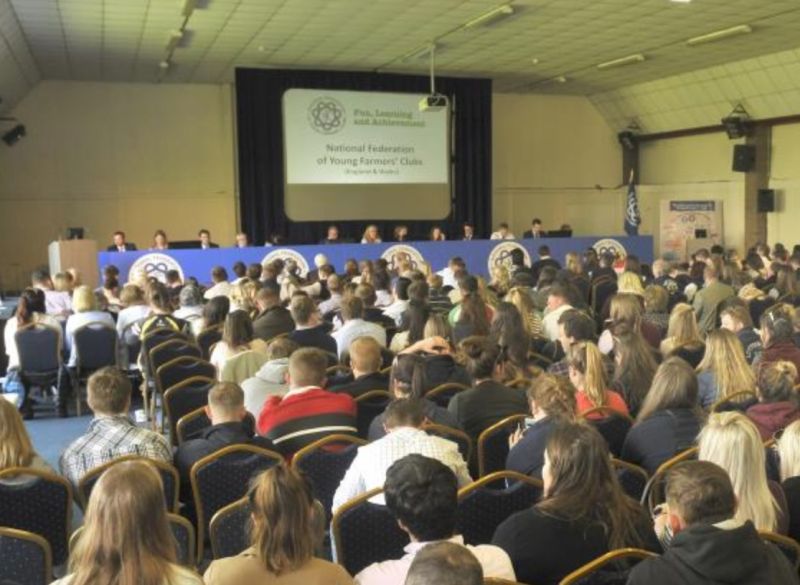 Young Farmers' Clubs members have voted for an increase in the national subscription fee by 20% from September 2019 with a further 20% increase each year for the following two years.

The original motion was put forward by National Federation of Young Farmers Clubs' (NFYFC) Chairman 2019 Katie Hall at the AGM on Monday 13 May.

She proposed to increase the national membership fee by 50%, which is an £8.96 increase per member.

Five amendments to the motion were put forward and each was debated before it was concluded that the Yorkshire Federation of Young Farmers’ Clubs’ (YFYFC) amendment was passed.

YFYFC's amendment will increase the national subscription fee by 20% from September 2019 with a further 20% increase each year for the following two years.

The amendment also includes that from September 2022 the national subscription fee will be increased by the Retail Price Index (RPI) for the subsequent two years.

Stephen Jarmuz from Boroughbridge YFC proposed the motion, which was seconded by Rob Beale from Rillington YFC.

Stephen said the 50% increase would ‘ruin grassroots young farmers” but said it was no secret that “NFYFC has a massive funding deficit.”

In response to the amendment, members gave passionate speeches from the floor both for and against the motion.

Among the arguments for an increase to the levy was Katie Court’s from Wales FYFC where she revealed she was saddened to see people not valuing YFC to its true extent.

She said: “I urge you to all support an increase today because YFC means a lot more to us than any price we could put on it.”

After all amendments had been debated and voted on, Yorkshire FYFC’s amendment was formally passed.

Stephen Jarmuz thanked all the proposers and seconders for presenting their motions. He said: “Looking at the finances, there are cuts to be made but the amount of money needed to be found to close that deficit is huge.

“I think the support for Yorkshire’s amendment is tremendous to see and I think it will really help to cement the future of national young farmers but also our young farmers at a club level, which is really important to me.”

In response to the motion being passed, NFYFC Chairman Katie Hall said the fee increase will build a 'more secure finance base for the Federation.

“The membership of the NFYFC have now laid down what it is prepared to pay as its subscription to the national body this year, next year and the year after.

“The levy increase means the National Federation can plan the future knowing what the membership will pay, and the debate today gave clear signs of where the membership would like to see spending efficiencies to be made.”

She added: “This planned approach, approved by the membership at the AGM, will build a more secure financial base for the Federation. This decision does mean the NFYFC will need to make further spending efficiencies to close the budget gap.”