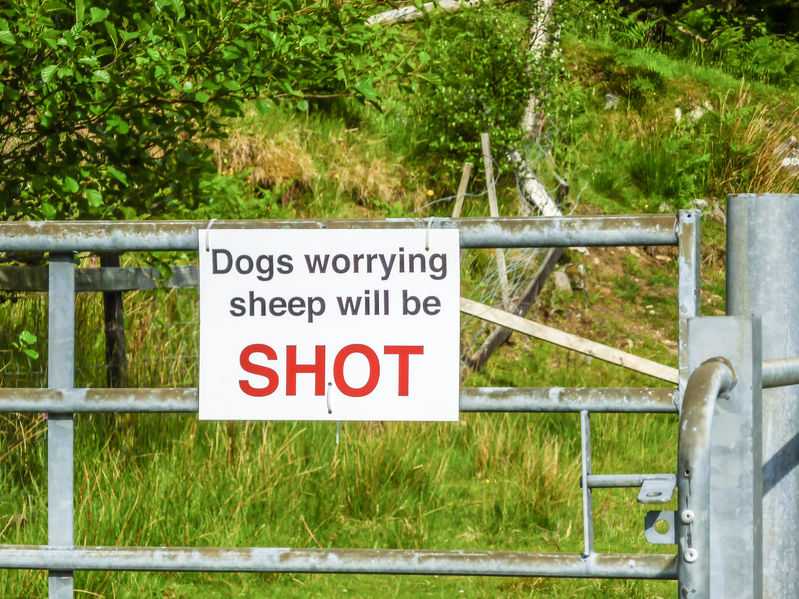 Government officials and senior police officers have been presented findings indicating that around 15,000 sheep were killed by loose dogs in 2016, more than ten times higher than the number previously thought.

The National Police Chief Council has bowed down to pressure and agreed to set up a team to investigate how well regional forces react to complaints of dog attacks.

The problem has become so serious that sheep awareness group SheepWatch UK commissioned a report based on police statistics to understand for the first time the true scale of sheep deaths in the UK.

Campaigners say the issue is being made worse by bans or restrictions placed on dogs in more than 3,300 parks and open spaces over the last two years, which in turn forces their owners to take them into the countryside more frequently.

Terena Plowright, a Hampshire farmer and founder of SheepWatch UK said: “More people are being forced into the countryside on a daily basis and that is what is pushing up the numbers of attacks.”

Sheep attacks are devastating for farmers, who lose the value of the livestock killed and future earnings from those animals and their offspring, as well as having to pay for the carcasses to be removed.

Attacks on sheep by dogs were forcing some farmers out of business while others are having to sleep rough with their flocks to protect them, SheepWatch UK said.

In some circumstances farmers are legally allowed to shoot dogs if they are endangering their sheep as long as they have lawful excuse.

Last week, a farmer warned dog owners he is prepared to shoot the next dog which poses a threat to his flock of sheep.

Only recently on the 10th of January, dogs at a popular nature reserve in East Sussex attacked sheep, killing and injuring more than four.

It is estimated dog attacks on livestock costs the UK farming industry more than £2 million each year.