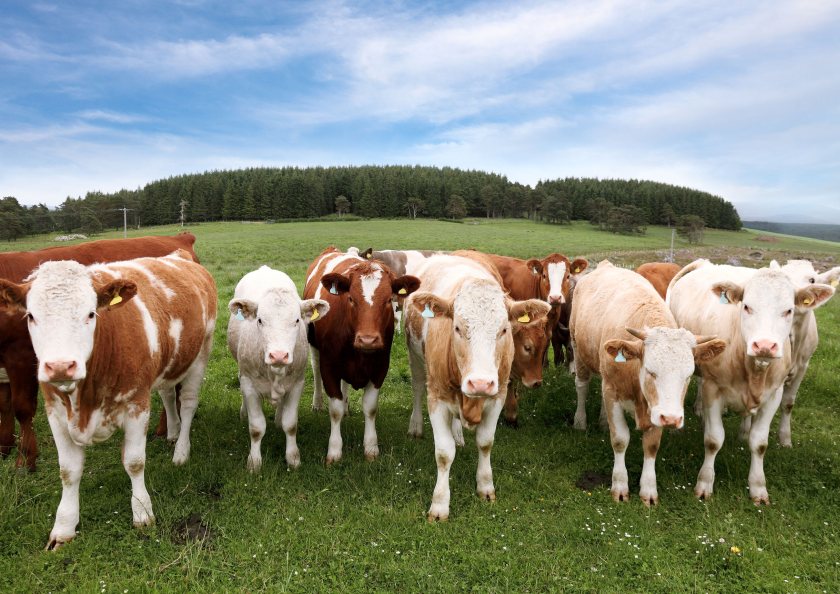 Cows enjoy the sound of a human voice, but are more relaxed by a face-to-face chat than when listening to a recorded voice through a loudspeaker, scientists say.

After months of technology-based communication enforced by Covid-19, many of us are missing a “live” human voice.

But we’re not the only ones. A new study from Austria has revealed that cows also prefer a face-to-face chat.

The research, published in Frontiers in Psychology, discovered that cows were actually more relaxed when spoken to directly by a live human, rather than when listening to a recorded voice via a loudspeaker.

“Cattle like stroking in combination with gentle talking,” explained Annika Lange of the University of Veterinary Medicine, Vienna.

“In scientific contexts, a recording of a human voice speaking gently could be used to relax the animals, because it can be difficult to repeat the same phrases in the same way during experiments.”

Using a recorded voice meant that conditions were as similar as possible in each trial, following a concept known as “standardisation” - an important principle of scientific experimentation.

However, the team of scientists wanted to find out if cows responded differently to the sound of recorded voices compared to a human talking directly to them.

“Our study suggests that live talking is more relaxing for our animals than a recording of a human voice”, Lange said, “Interactions may be less positive when they become artificial through standardization”.

The team worked with a herd of 28 cattle, comparing the benefits of either stroking the animals while playing a recording of an experimenter’s voice, or stroking while speaking to the animals directly.

After monitoring the animals’ responses during the experiments, they found live talking was the best mood enhancer for their bovine friends.

Heart rate variability was higher when cattle were spoken to directly, indicating they were enjoying themselves.

After this treatment, heart rates were lower than after listening to a recorded voice, showing that the animals were more relaxed following the live chat.

How does a chilled cow behave? “When relaxed and enjoying the interaction, the animals will often stretch out their necks as they do when they groom each other,” said Lange.

“Additionally, it is thought that ear positions may indicate mood: hanging ears and low ear positions appear to be linked to relaxation.”

The experiment included only one herd and one playback recording. Lange has called for further research to see if results were also valid for different herds and situations, such as with cows that were more fearful of humans.

This would help in further studies on the improvement of cattle-human relationships, an important aspect of animal welfare, Lange said.