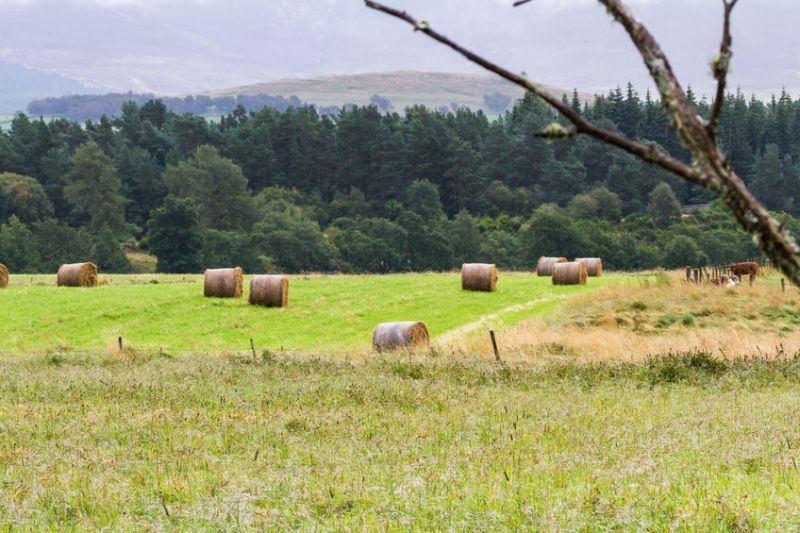 Scientists will examine a new product that could help Scottish farmers and crofters draw down more carbon into their soils.

The Rock On Soils project will see scientists and farmers working together to investigate the use of crushed basic silicate rocks as a soil input.

The project aims to determine the carbon sequestration potential alongside any additional soil and biodiversity benefits.

Alex Brewster of Rotmell Farm, recently unveiled Farm Carbon Toolkit and Innovation for Agriculture 2020 Soil Farmer of the Year, will also be participating.

The project seeks to demonstrate the use of the silicate rock on Rotmell Farm, monitoring the movement of carbon between the air and soil and noting any changes in plant health and production, soil chemistry and soil microbiology.

A network of a dozen pilot farmers - organic and non-organic - will test and evaluate the silicate rock product on small test plots on their respective farms and consider the practicalities of using the product at farm scale.

Lastly, the project will develop an app for the wider farm audience that will allow farmers to identify the carbon sequestration potential of their own soils using silicate rock products.

Debs Roberts, policy manager for SOPA, said the project was an excellent example of grassroots farming working with cross-sector partners in the scientific sector.

“The prospect of farmers and scientists collaborating so closely on ‘Rock On Soils’ is incredibly exciting, and the fact that we have been able to go ahead virtually is really innovative," she said.

Besides the James Hutton Institute, project partners include Abertay University, the University of Dundee, and the Geoscience department of German institution Forschungszentrum Juelich.

Emily Grant of Forrit (Farming and Consultancy) will be managing the 8-month project, along with Debs Roberts at SOPA.

She said: “Farming has been given a bad name when it comes to environmental impacts, so we are really keen to investigate ways that farmers can be more carbon friendly.

"The initial research suggests that this product could be a game changer, not only in terms of tackling climate change, but also helping to improve soil and plant health.

"We could be at the cutting edge of some really positive work for carbon friendly farming.”