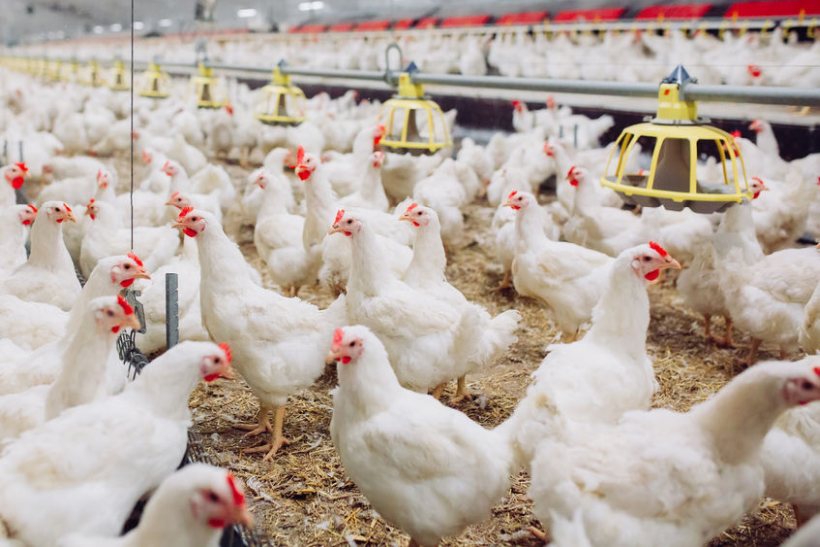 Researchers want to develop new drugs for livestock, as well as promote responsible use of the antibiotics

A £100 million donation has been made to help establish a new initiative which seeks to develop bespoke antibiotics for livestock.

The institute said it would focus on designing novel antimicrobials just for livestock, as well as exploring new human drugs.

It said the majority of global antibiotic consumption by volume was used for agriculture, and drug use in animals was contributing significantly to their lessening effectiveness in humans.

Figures show that antimicrobial resistance currently causes an estimated 1.5m excess deaths each year - and could cause over 10m deaths per year by 2050.

Surgeon David Sweetnam, adviser to the Ineos Oxford Institute, said the 'growing menace' of bacterial resistance to antibiotics was 'one of the most underreported issues of the time'.

"All modern surgery and cancer treatments rely on the use of effective antibiotics. To lose this precious gift will signal a return to a pre-antibiotic era," he added.

"We now have a very narrow window of opportunity in which to change course and prevent the unthinkable from becoming the inevitable."

Responding to the donation, the Alliance to Save Our Antibiotics said it was 'not convinced' that the best approach was to focus on developing new animal-only antibiotics.

It said such antibiotics were already available and were often used without veterinary oversight to 'support the intensification of farming'.

"Scientific evidence shows that intensive farms can be breeding grounds for new bacterial superbugs and new types of viruses with pandemic potential in humans."

It said the best way to reduce antibiotic resistance in livestock was to ban all routine use of antibiotics, including preventative mass medication, and to support a shift to 'higher-welfare, less intensive husbandry systems'.

In some other countries, such as the US, further types of animal-only antibiotics are licensed for routine disease prevention or for growth promotion.

However, the US still uses over five times more medically important antibiotics per livestock unit than the UK does.

The Alliance said this showed that increased use of animal-only antibiotics did not necessarily reduce the use on farms of antibiotics used in human medicine.