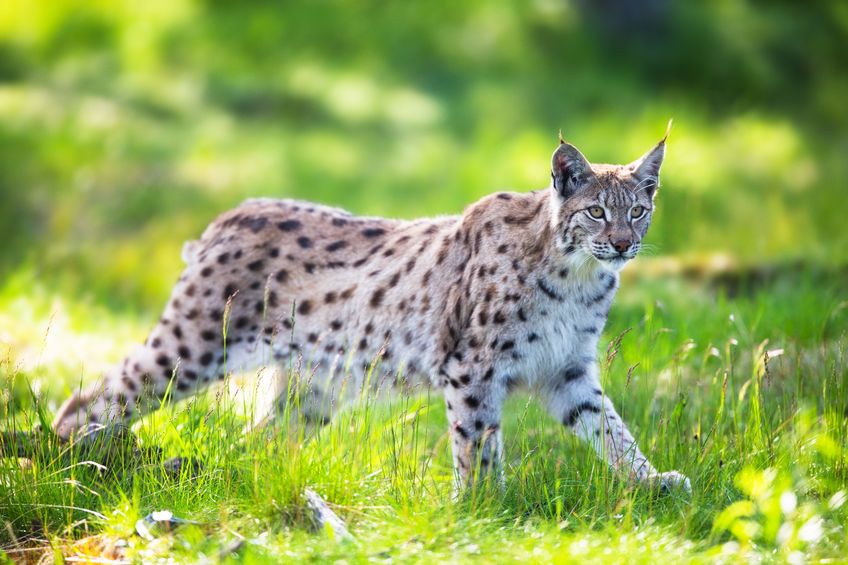 A farming delegation has visited Norway to hear of the devastating consequences that rewilding has on the industry.

UK farming unions have said it is "crystal clear" that any proposals to re-introduce predators such as lynx or wolves are of huge concern and danger to farmers.

On a recent study trip to Norway, a farming delegation heard that, in 2016, Norwegian authorities paid out compensation on nearly 20,000 sheep lost to predators.

Of the total amount of sheep killed in Norway, wolverine accounted for around 34 per cent of losses with the lynx, bear and wolf accounting for 21 per cent, 15 per cent and 9 per cent respectively.

“Although sheep are housed for at least 6 months of the year, depending on which part of Norway you farm, when they graze up through the trees after lambing then they are extremely vulnerable,” Mr Kennedy explained.

“Predation has reduced over the past 10 years, but this isn’t because of fewer predators, but more to do with the fact that a number of hill farmers have simply stopped keeping sheep.”

The Norwegian farming union believe that around 1,000 hill farmers have given up keeping sheep in the last decade as they simply cannot carry on at the levels of predation.

Mr Kennedy continued: “It's all very well receiving the compensation but that doesn't allow for the psychological impact that this scale of losses has on farmers. Putting myself in their shoes, I can understand why they've given up.

“We are in this business to produce good quality food and looking after our animals is a priority, so to see a healthy breeding animal being taken out by a predator early in her life would be horrendous.

Mr Kennedy said that Norwegian farmers told the delegation that to reintroduce predators into Britain would be an "absolute catastrophe".

“Their experience has simply strengthened our resolve to ensure that any proposals to do the same in Scotland receive rigorous scrutiny,” he added.

“If they will have an unacceptable impact on farmers and crofters, the Union will act accordingly.”

In the UK, proposals to reintroduce lynx in Kielder Forest on the border between England and Scotland have been met with fierce opposition by the farming industry.

However, Scotland's Rural Economy Secretary Fergus Ewing has criticised the plans and said he would never support such a move, much to the delight of the Scottish farming industry.

Fresh concerns were raised over plans to release the Eurasian lynx in the British countryside after seven sheep were thought to have been attacked by one in September.

The lynx, which escaped from Borth Zoo, Aberystwyth, killed seven sheep whist it was in the wild for several days.

Through its membership of the National Species Reintroduction Forum (NSRF) in Scotland, NFU Scotland has sought and received assurances from Natural England - the body currently assessing the application for a trial reintroduction of six lynx to Kielder - that the NSRF would be kept informed and be consulted on the proposals.

In early 2018, NFU Scotland will be making its views known directly to the Defra Secretary Michael Gove. He has decided that he, rather than Natural England, will make the final decision on the current trial reintroduction application.

But rumours have surfaced that Mr Gove may be prepared to fast-track a decision on lynx release.

The sheep sector have called on the Defra Secretary to appreciate the "substantial and widespread" concerns rural communities have around the proposed lynx release.