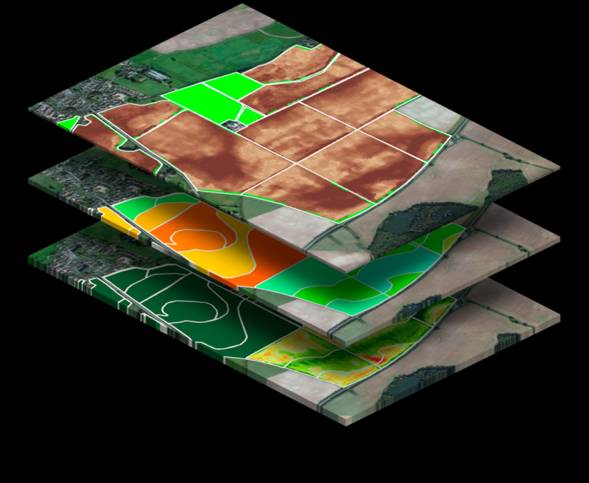 The map is now providing data on around 800,000 ha of farmland across the UK

An ‘affordable’ precision soil map has been given a major boost following a UK agri-tech partnership.

It has resulted in the commercial success of a high-tech soil mapping service.

It was developed as a result of their Innovate UK-funded research project involving AgSpace, Agri-EPI Centre, Cranfield University and the James Hutton Institute (JHI).

The 2-year project joined high resolution satellite data together with the UK’s most comprehensive soil datasets from Cranfield and JHI to produce a new ‘precision soil map’, an economically viable alternative to the traditional, labour intensive method of field soil surveys.

Since the project concluded in August 2018, Rhiza has developed a commercially available product which it says can cost farmers up to 50% less than traditional soil mapping.

Max Dafforn, Rhiza Business Manager, said: “The precision soil mapping service has really taken off: it is now providing data on around 800,000 ha of farmland across the UK, helping growers to increase yields with lower input costs and reduced environmental impact.”

Dave Ross, Chief Executive of Agri-EPI Centre added: “Our aim in collaborating with academic and commercial partners is ultimately to see greater uptake of precision agriculture technologies which deliver benefits for productivity in farming and food production.

“The results of the project tick all the boxes in this regard and we’re proud to have been involved the development of the precision soil map as a commercially viable product.”