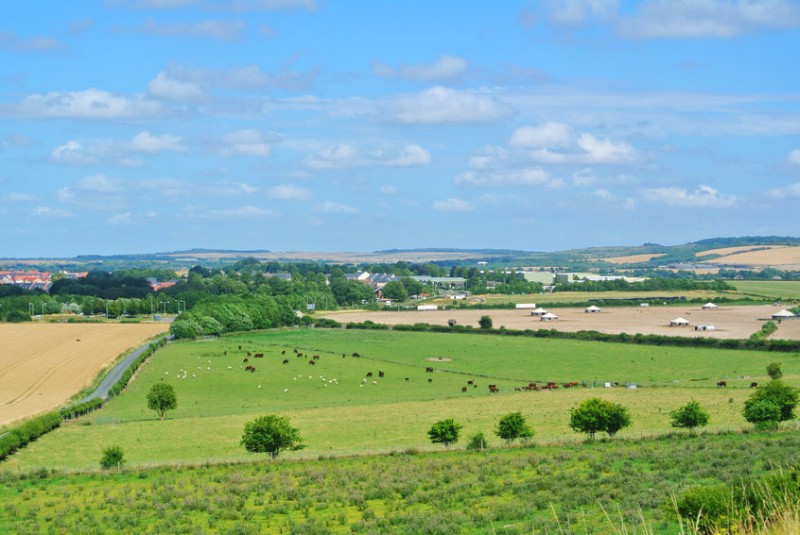 Farmers have widely criticised comments by a senior government official for suggesting that Britain does not need its own agricultural industry.

Treasury official Dr Tim Leunig is reported to have argued that the food and farming industry was not 'critically important' to the UK's economy, leaked emails obtained by The Mail on Sunday claim.

The economic adviser to the Chancellor of the Exchequer said the UK could follow Singapore's model post-Brexit - 'which is rich without having its own agricultural sector'.

He made his suggestions in emails sent recently to the National Food Strategy, a government review of the UK food system which seeks to address the environmental and health problems caused by it.

NFU President Minette Batters hit back at Dr Leunig by calling his remarks 'completely out of touch'.

She told Sky News’s Sophy Ridge: “There is a moral imperative for us to be able to produce food in this country. So absolutely we need our farmers, and of course we are the bedrock of the largest manufacturing sector providing all those raw ingredients.

“Clearly, there is a cold economic case. But you have to look at the wider aspect of all of this: farms are the backbone of rural Britain."

She added: "Surely the last thing we want to go to is importing cheaper, raw ingredients produced to lower standards. We export our conscience and our production.”

Dr Leunig, who is seen as a powerful voice in Whitehall, also suggested that the farming industry should not be given tax breaks.

But his comments have been widely rejected by an already concerned industry as the government looks to strike Brexit trade deals with countries such as the US.

"In a more uncertain world than we’ve seen in decades and with an ever growing dominance of long complex supply chains that can easily be disrupted, a solid base of quality, traceable, high integrity food security is vital," he said on Twitter.

"Can’t ignore the fact also that the country needs farmers to deliver the plethora of other outcomes society needs from us, whether that be carbon sequestration and storage, landscape and habitat protection, flood and water management."

"Bad idea to write off farming. Government agrees we need to cut the food miles and boost UK output,” he said.

High-profile industry figures and politicians took to social media to vent their frustration and disbelief at the comments.

An obviously overpaid gov advisor named tim reckons we don’t need British farming, so I best enjoy my British bacon, in bread made from British wheat, & butter from British milk, whilst drinking apple juice made with, yes you guessed it, British apples.
Anyway, white rabbits ?? pic.twitter.com/Qwfag1KjuO

The only thing @timleunig is quoted as saying in @DailyMailUK and @guardian is that farming is not economically important, which is true. However its vitally important environmentally, socially, culturally and for food security, and that’s why it needs to be supported & protected

Foolish from Gov official who says Britain doesn't need farmers!
We live on an overpopulated island-food security has never been more important.
With our fantastic farmers and fertile soil there is no reason to rely so heavily on imported food.
Why we should all Buy British????!

We do need farmers. We need food security. And we need Whitehall officials to get out of London more. @NFUPolitical @DailyMailUK @CommonsEFRA @DevonLiveNews @hmtreasury pic.twitter.com/7WbMTqnkkn

It comes as Defra Secretary George Eustice recently refused to give a cast-iron guarantee that the UK will not import chlorinated chicken under any trade deal with the US.

Speaking at the NFU Conference last week, Minette Batters said any drop in UK food and farming standards would be "insane".