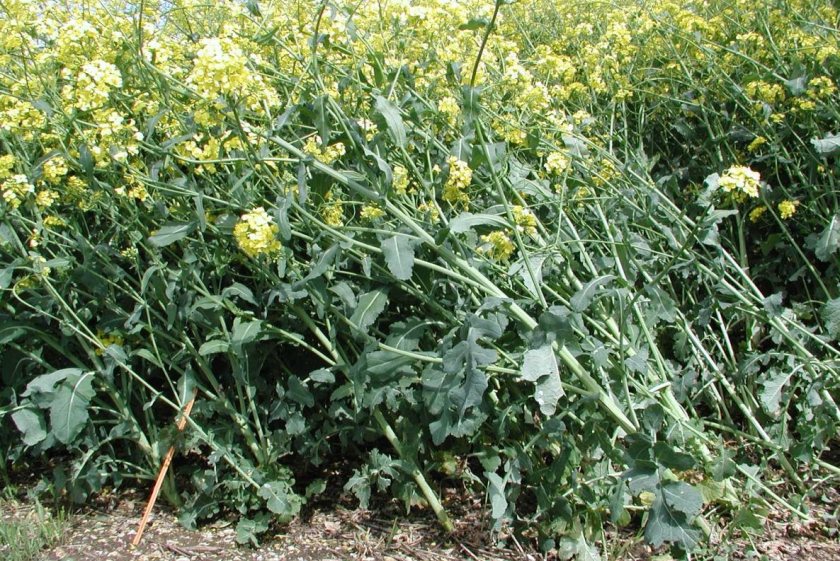 New research has given an insight into how cabbage stem flea beetle (CSFB) damage weakens stems and make crops increasingly prone to lodging.

As part of the research, crop consultants ADAS's field trials took 50 plants at the end of flowering in May from two sites in East Anglia.

The team assessed those plants’ stem diameter, breaking strength and the internal damage caused by the CSFB.

By assessing the percentage area of stem damaged, the plants were sorted into five categories ranging from ‘minimal’ (plants with less than 5% damage), to ‘severe’ (plants with 76-100% of stem area damaged).

“There was a clear trend showing thicker stems were stronger – this is not news. However, the results also showed that higher damage was associated with the thinner stems. But why?”

She looked again at the type of damage the CSFBs were causing; predominantly mining and browning at the base of the stem.

She argued that this type of damage restricts the take up of nutrients and water, which in turn, restricts growth.

“Plants taken from the second site revealed that for any given stem diameter, more damage makes stems weaker.

"The larval feeding not only restricts thickness of the stem but hollows stems, reducing their strength.

“Even low levels of CSFB damage significantly reduces stem strength. On average stems with less than 25% damage were 29% weaker.”

In another experiment, ADAS researchers mimicked natural lodging in crops to assess the impact at harvest.

“Where crops lodged at 900 between flowering and early seed fill, nearly 50% of yield was lost," Ms Pickering said.

"Severe lodging also reduces oil content by up to 8%.”