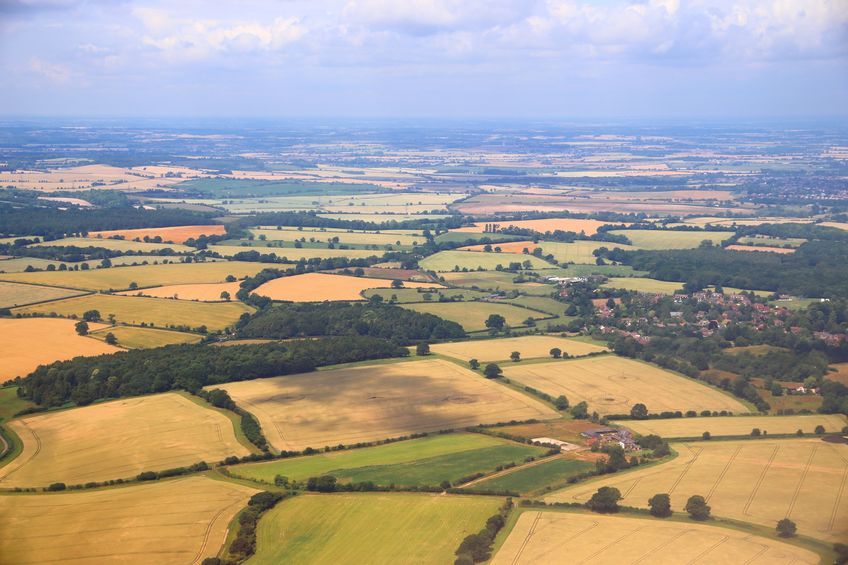 The UK wheat harvest could be increased substantially as researchers say the crop is capable of being better ‘fine-tuned’ to the British environment, in turn boosting yields.

This untapped genetic potential means wheat yields are only 60 percent of what they could be, a new study shows.

Scientists have found that wheat harvests across European countries could be increased by more than 5 tonnes a hectare.

The first of its kind study from agri institute Rothamsted Research shows in some countries the grain yield could be increased by up to 90% when compared to typical harvests from today’s commonly used varieties.

Yields in the United Kingdom could be increased by half as much again.

The authors say, if achieved, such improvements would go a long way to feeding the growing world population.

They also say it would reduce pressure to convert wild habitats to farmland.

Using existing data on the contribution of different genes to individual plant traits such as size, shape, metabolism and growth, the researchers ran simulations to create ‘perfect’ wheat plants that were tailored to each region.

When compared to the performance of locally adapted cultivars, in all cases they found wheat varieties were under-performing for grain yield, with an obvious ‘genetic yield gap’ between reality and possibility.

The scientists behind the study define a crop’s ‘genetic yield potential’ as the highest yield achievable by an idealised variety – in other words, a plant with a genome that allows it to capture water, sunlight and nutrients more efficiently than any other.

“Europe is the largest wheat producer, delivering more than a third of wheat globally, but European wheat's yield potential from genetic improvements has not yet been realised.”

This represented the major and contrasting wheat growing regions in Europe - from Spain in the south to Denmark in the north, and Hungary in the east to the UK in the west.

Using a computer model called Sirius, they ran millions of simulations, which demonstrated that many of the wheat traits that contribute to the amount of grain produced were well below their optimums.

Simulations were based on extensive data on the natural genetic variation underpinning key plant traits.

These included tolerance and response to drought and heat stresses, the size and orientation of the light-capturing upper leaves, and the timing of key life cycle events.

Results show that if their genomes were ‘fine-tuned’ to their environments, that wheat plants potentially produce up to 15 tonnes of grain per hectare, with the idealised average 5.2 tonnes per hectare greater than the current average.

“In other words, despite intensive wheat breeding efforts, current local cultivars were found to be far from the achievable optimum, meaning that a large genetic yield gap still exists for European wheat,” commented Prof Malcolm Hawkesford.

Wheat was first domesticated about 11,000 years ago, but despite this – and not to mention the sequencing of its entire genome in 2018 – the crop is still some way from being at its ‘genetic best’.

However, Dr Semenov is still optimistic wheat yields can be improved.

He said: “A vast natural genetic variation exists for different traits in wheat. In the last few decades substantial progress has been made in identifying the genes associated with key traits for wheat improvement and adaptation.

Wheat is one of the key staple crops for global food security, providing about 20% of total dietary calories and protein, and Europe is a major wheat producer, contributing around 35% of global wheat production.

It has been predicted that global food production needs to increase by about 70% by 2050 to feed an estimated 9 billion people.