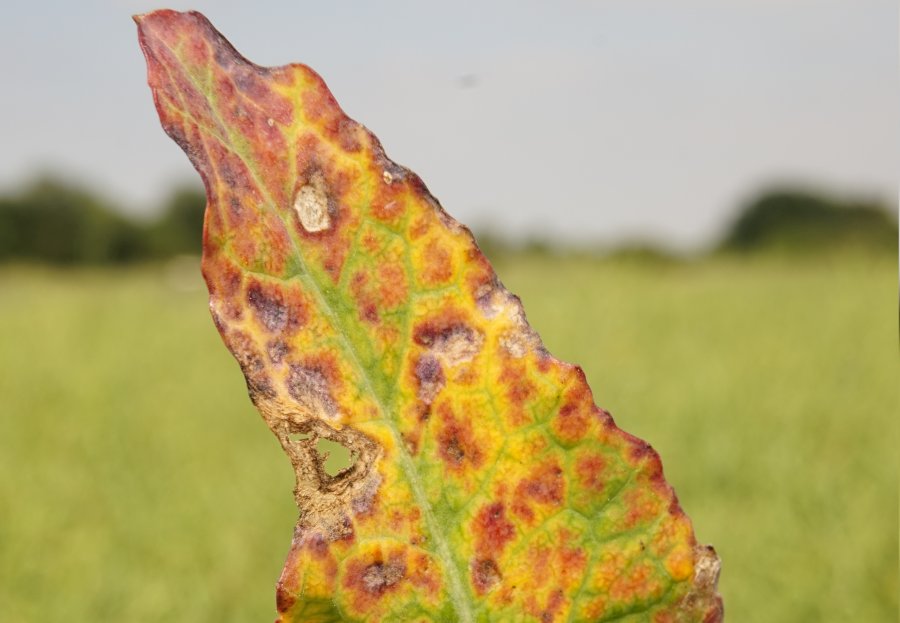 Growers have been told be aware of the high risk of turnip yellow virus this autumn as a result of current aphid numbers, plant breeders warn.

Turnips yellows virus (TuYV) is transmitted by aphids, and it is believed that 70% of the most common aphid, peach potato aphids, carry it.

Work carried out at Suffolk-based Broom's Barn Experimental Station a decade ago showed a 30% yield penalty where levels of the virus were high and infection occurred early in the crop’s life.

Recent data from the research site confirms just how high recent aphid pressure is. The Broom's Barn long term average of accumulated catches of peach potato aphids up to 21 June normally runs to just under 500 aphids caught in their traps.

AHDB aphids news tells a very similar story; in the report until the end of June, Alex Greenslade of the Rothamsted Insect survey team reported that average air temperatures continued to exceed the long-term average.

“Coinciding with this, the total cereal aphid numbers increased to around 120% of the last period,” he said.

"As aphids start flying in the spring they tend to head for sugar beet first, and then as oilseed rape crops are drilled in the autumn they move across into these.

“The link between high numbers of aphids in the autumn and corresponding levels of infection is clear,” he said.

“Infection usually occurs in September to October when aphids are still flying; the earlier a crop is infected, the more severe the symptoms tend to be with harsher yield penalty as the plants have less seeds/pods.”

“Early drilled crops that are more open, corresponding with mild autumnal conditions, are at the highest risk,” he added.

As control of aphids becomes increasingly difficult, so numbers have increased, with a subsequent build up of TuYV inoculum in the environment.

Once an aphid is infected, it is infected for life – if an uninfected aphid feeds on an infected plant, the aphid becomes infected, and so the cycle continues.

Dr Vasilis Gegas said: “Infected plants produce fewer side branches, pods, and seeds per pod. It’s confined to the phloem, so potentially robs the plant of resources that would be fed to the roots.

“But you often don’t see severe symptoms, which is why TuYV often goes undetected. Genetic resistance is by far the best way forward.”

What are TuYV levels now?

Since 2016, Limagrain UK along with industry partners – Agrii, Openfield and the AICC – have been monitoring levels of TuYV in crops across the UK.

It’s part of a programme carried out across Europe, with leaf samples taken both in the spring and autumn and tested using the standard Elisa test.

“We’ve mapped the incidence of TuYV from the UK to Ukraine and seen it build over the years,” said Dr Vasilis Gegas.

“We’re getting to a situation where in some locations 100% of crops carry the virus. It’s now endemic across Europe, and no longer confined to hotspots.”

Sampling is carried out twice during the growing season, with an initial small-scale survey conducted in Oct-Nov, followed by extensive testing carried out in early spring.

“The last couple of seasons we have found very high levels of infection in UK crops in the autumn, which wasn’t the case before,” he added.

“TuYV incidence reached its highest level ever last season, with an average of 84% of non-TuYV resistant UK crops infected in early spring 2019. Almost all sites had an infection rate between 81-100%.”

While incidence was highest in East Anglia and south east England, sites in Scotland and the South West now show high levels of infection.

“Four years ago we wouldn’t have seen high levels in the North. But last year we saw 70-75% infection of OSR in Perth and 50-54% in Aberdeen,” Dr Gegas said.