'I feel like giving up': Farmer finds sheep illegally butchered 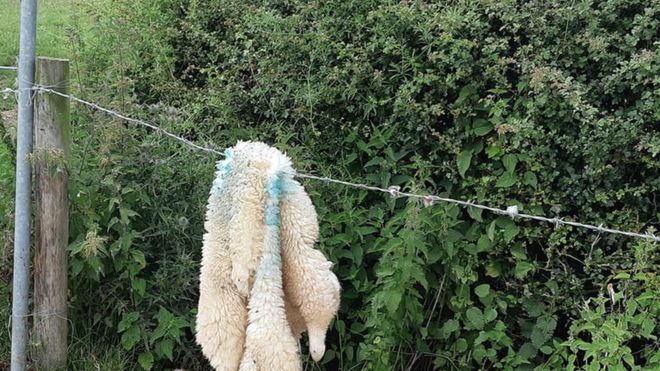 A farmer has taken to social media to say that 'words cannot describe' how he feels after more than a dozen sheep were illegally butchered.

It is thought the animals were killed sometime between 4pm on Sunday 7 July and 4pm on Monday, 8 July.

In an online post, the farming business said the incident is the 'worst thing that my children witnessed'.

In the post dating Monday 8 July, Park End Farming said: “To make matters worse we are still finding ewes with their throats slit round the field and the death count continues to rise.

“The police haven't yet turned up and we can't even begin clearing up. So much for the British justice system.

“This is professionally done.”

A spokesperson for Northamptonshire Police said: “An investigation is underway and officers are appealing for anyone who may have seen or heard anything suspicious in the area during times stated, or who has any information that may assist their inquiries, to get in touch.

“Anyone with information is asked to contact Northamptonshire Police on 101. Information can also be reported anonymously to Crimestoppers on 0800 555111.”

It follows the release of CCTV footage which captured the moment three men tried to catch and 'butcher' sheep on a farm in Lancashire.