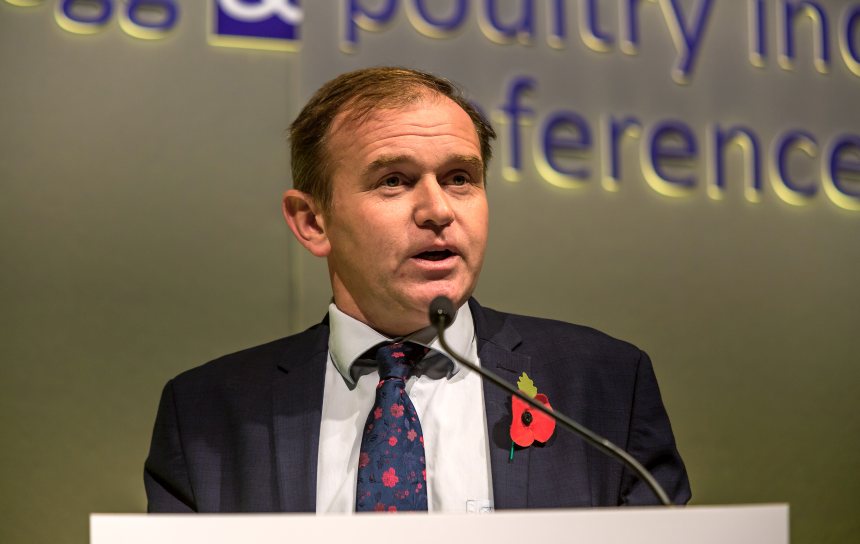 George Eustice was questioned on EU negotiations, Brexit trade deals and likely tariffs in the event of no-deal

Farmers have slammed the Defa Secretary's 'laughable' claim that sheep producers could diversify into beef in the event of the lamb price crashing following no-deal.

Host Andrew Marr highlighted that sheep farmers could be 'devastated' in the event of a no-deal between the UK and EU following the transition period, as 90% of the sector's exports are sent to the bloc.

Mr Eustice replied: "That's not correct. It's also the case that the UK is by far and away the largest producer of lamb in the EU, some 35% of it.

"We would sell it, but it would increase prices in the EU. You have to accept tariffs do also have an impact on prices. The price of lamb would rise in the EU.

"That would also mean that demand in the EU for lamb would go down and there would be a fall in prices here in the UK in the short term."

The minister did, however, admit that lamb tariffs could cause disruption for farmers, adding that "mixed farmers could always diversify into beef because the UK would be importing less from Ireland".

The National Sheep Association (NSA) Scotland said Mr Eustice's comments showed that the industry's concerns on the impact of tariffs 'were falling on deaf ears'.

The industry has been calling for support packages to be put in place for compensation for the sheep sector in the event of a no-deal scenario.

NSA Scotland Chair, Jen Craig said there 'continued to be a complete lack of clarity and guidance' for farmers to plan for the next few months.

She said: "For a government minister to suggest on national television that our mixed farmers could diversify into beef in the event of the lamb price crashing is quite frankly a laughable response.

"If the UK government cannot reach a deal with the EU and if Mr Eustice believes we will be unaffected, then I see absolutely no reason for government not to have a compensation scheme ready and waiting.

"Not only would this allow farmers to plan ahead and know there will be support available, it would also reassure them that the government is indeed taking the threat to their businesses and livelihoods seriously."

Scotland's economy relies on the export of the lambs it produces. A 2019 study shows that demand for Scottish lamb could significantly drop if the UK and EU do not strike a deal maintaining access to markets.

Currently, a majority of Scottish-born sheep are slaughtered outside of the country – only 42% of lambs and almost no ewes or rams were processed in Scotland in 2018, the Scottish government commissioned study shows.

Most lamb is supplied to UK supermarkets and EU export markets, with only 7 percent of marketed Scottish lambs slaughtered and consumed in Scotland.

Ms Craig added: "It has never been so important for our industry to be protected and maintained into the future in terms of food production, national importance, climate change targets and also the preservation of rural communities.”

The interview with George Eustice can be watched at 47.30 minutes on BBC's online iPlayer service.