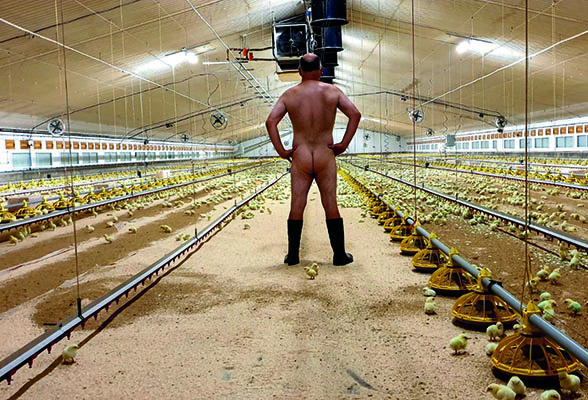 The 'Naked Farmer Cricket Day' has raised £43,000 for a mental health charity which helped a farmer diagnosed with cancer cope with depression.

The charity cricket event took place at Brisley Cricket Club on the 22nd June, and successfully raised the huge amount for YANA; the ‘You Are Not Alone’ charity.

According to Eastern Daily Press, the funds were raised via sponsorship, shirt sales and tickets.

YANA offers people confidential advice and counselling for those who work in the agricultural sector.

The event was organised by Norfolk farmer, Patrick Joice, after he was diagnosed with cancer in March last year.

What an amazing day for @naked_farmer @UphouseFarm cricket - raising the awareness of #MentalHealth and a huge amount for @yanafarming. We are overwhelmed by the support in every way. pic.twitter.com/OvI1YBeNaZ

The terminal nature of the disease left him consumed with worries and he became deeply depressed.

“The world came crashing down around our ears in an instant,” he said.

“A close friend who realised what we were going through rang YANA, who subsequently called my wife and then myself.

“We are now confidentially seeing individual YANA councillors which is really helping”.

Patrick added: “I want to help raise awareness not only of mental health but also the great work that YANA does and in the process raise money to help them undertake their amazing work”.

He revealed his story on an Australian Facebook page which encourages farmers to talk about mental health while posting naked pictures of themselves.